Kiessling promoted to vice president, will retire in August 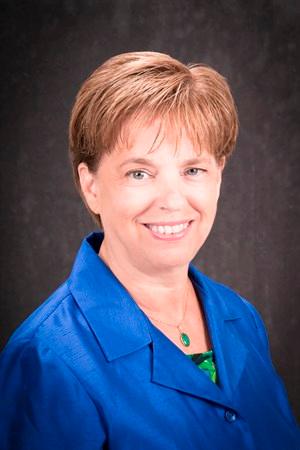 “Dr. Kiessling is consistently student-focused and has brought a tremendous energy and passion to this position,” Rochon stated in a news release. “She is an ambassador, advocate and voice for students at all times. USI has benefited greatly from her leadership.”

Kiessling will retire from USI this summer after an eight-year stint. Her last day is planned for Aug. 2. A search has begun immediately to find a replacement, with the goal of hiring someone by July 1.

Kiessling has 40 years of experience in student affairs and leadership development, she was appointed as the university’s associate provost in 2011.

“I feel very good about the work I have been able to do to support students and the institutions where I’ve worked and I have other things calling for my time,” she said. “There are things that I want to have more time to do that really are about family.”

Kiessling said she would like to spend more time with her five grandchildren and her husband, who is also retired.

Kiessling previously served as assistant vice chancellor for Student Activities, Diversity, and Special Projects at the University of North Carolina at Charlotte. She has also worked at Clemson University in South Carolina, Allegheny College in Pennsylvania and at Ventura College in California.

“I love working with everybody here because everybody has this mentality of working together and the culture is one where we work together and collaborate,” she said. “I will miss that tremendously. That for me was the hardest part because we together and collectively are doing such important work and I know that we touch the future with our work.”

Kiessling said one of her goals before she leaves the university is to strengthen the support for the Counseling Center and supply them with the resources they need to avoid long appointment wait times for students.

“That is one of the tasks that I am hoping to get done and that is finalizing a plan that we are working on of just how we could better serve students because the timeline for students and how long they have to wait to get an appointment is challenging for all of us,” she said.

In her new role, Kiessling will report directly to the president and continue to oversee student programs, general administration, and direction of Career Services and Internships, the Counseling Center, Dean of Students Office, Housing and Residence Life, the Multicultural Center, Religious Life, Student Development Programs, Student Publications, the University Health Center and Recreation, and Fitness and Wellness.

She completed her doctorate in education from North Carolina State University, and holds a master’s degree in recreation and park administration from Western Illinois University. She also holds a bachelor’s degree in pre-theology with an emphasis in English, philosophy and religion from the University of Evansville.

Director of University Communications John Farless said that Kiessling’s promotion is not tied to her upcoming retirement. He said that this is not a new position and the title and position of her replacement will depend on the quality of the pool of candidates. Kiessling officially assumed her duties as vice president on Jan. 1.

“If anybody ever said ‘what’s one word I would want said about me as I leave,’ it would be that I encouraged students, that I really helped them to see that they could do more than they thought they could and helped them to do that,” she said. “This is a great place for students. They have more voice than I have seen students have at other institutions where I’ve worked.”