Inaction in the face of racism 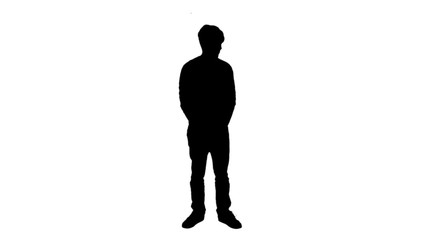 The racist fliers found on USI’s campus have caused outrage, disgust and sadness. In response, the student body has remained largely apathetic, despite the university’s attempts to discuss and address the situation.

The meeting was held at 5 p.m. Nov. 21 in Forum 1, a time when many do not have classes but might still be on campus. And yet, the turnout was abysmal. There were, at most, a dozen students in attendance. A decent number of faculty were present, but many of them were there because their department or organization was presenting.

One student spoke up about the lack of support. She said that this was her first semester at USI, and it seemed like the student body didn’t care about the fliers or their affect. She was visibly nervous, and broke down in tears as she tried to communicate a feeling that I struggled to truly understand. She felt as though she didn’t have a voice and that her fellow students didn’t care.

For a second I felt good for having attended, until I realized had I not attended in my capacity as a reporter for The Shield, I wouldn’t have attended at all. I would have been the cause of another empty seat, and the little sliver of support the student felt would have been that much smaller. I realized that I’m part of the problem.

My worldview changed amidst that girl’s tears.

I don’t consider myself racist, don’t believe I have done or said anything that has made someone feel judged based on their race and before this moment I considered myself an ally against racism. Yet I have done very little if anything to show support for victims of racism or to help fight for more inclusion and diversity.

I understand why it happens. It’s easy to look at a scheduled event and decide that the time doesn’t work well, that it is too long or that it just doesn’t seem interesting. I understand not feeling offended or involved in an issue and ignoring it. I understand turning a blind eye to a problem because it’s easier than confronting it.

I understand because I’ve done these things in the past, and I’d be willing to bet that the vast majority of the people at this university (if not all) have as well.

I understand it is inconvenient to get involved or make a change.

Yet how many of us really want to try? Even just taking time to speak out against the fliers or in support of students on social media would have gone a long way towards showing that we care. Attending the meeting about the fliers would have been an hour out of a day that would have helped show that the student body at USI stands against racism.

It should have been easy to fill Forum 1. If the student body truly cared about showing support, there would be people pouring out into the hallway. Instead, there were relatively few social media posts and an almost empty room.

The best way to combat events like these, and especially to show support for those in our community who deal with the effects of racism, is to do so with overwhelming numbers.

If we don’t speak out against racist actions, especially when they occur in our community, we are implying that it is acceptable behavior. As John Stuart Mills said, “Bad men need nothing more to compass their ends, than that good men should look on and do nothing.”

We must start taking action, we must stand and fight for inclusion and acceptance together and we must be willing to inconvenience ourselves in order to do so.