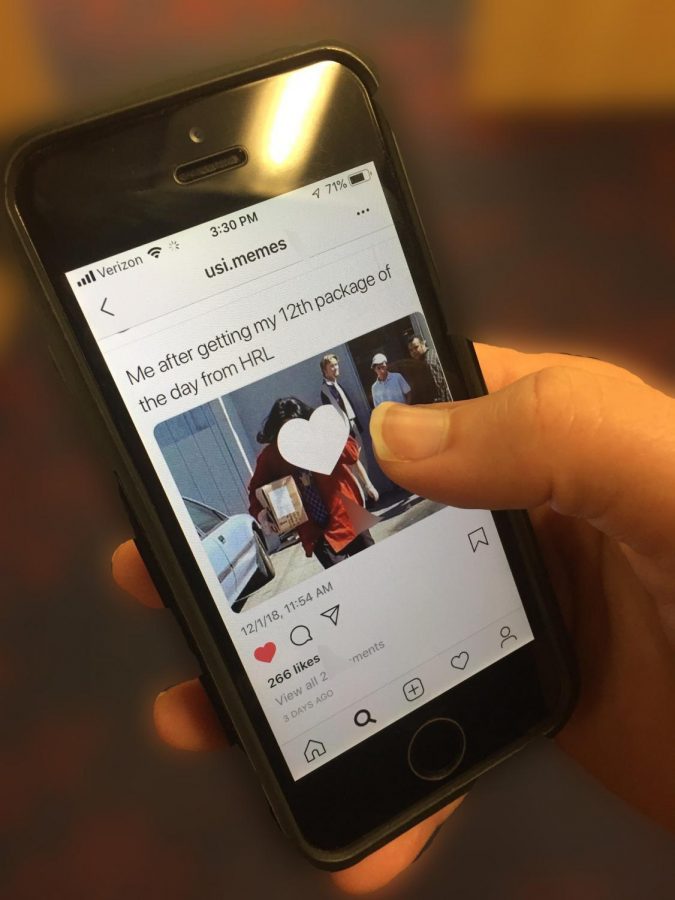 Lauren Wojcuich said she heard about the @usi.meme Instagram page at the beginning of the semester from a friend and was “cracking up at it.” She followed the page quickly afterward and fell in love with its hilarious university memes.

The page posted first in September with 34 likes. The profile has grown with 1,281 followers and nearly each posted meme receives around 400 likes. Students can send in their own memes as well to be posted by the anonymous user on the profile’s story or page.

Wojcuich said a meme is anything that circulates widely in a culture and is also our generation’s way to express problems and laugh about them.

“Our generation really likes dark humor,” Wojcuich said. “And memes are a way to use dark humor disguised as someone else’s words. When you put it on a photo it’s less personal, but it still happens to all of us and it’s funny and horrible. But it’s fine because it’s a meme.”

Wojcuich said the page is also a way to further build community within the university.

“We’re creating an online community on Instagram. We have the USI classes on Facebook,” Wojcuich said. “I think this opened up a whole new door for Instagram relations of USI students.”

Dakota Ward recently started following the Instagram page as well. After being recommended the page, Ward said she decided to follow it after scrolling through the hilarious content.

“Not only are the posts relatable, but so are the comments,” the sophomore English education major said. “People can share real-life feelings or experiences in the comments.” 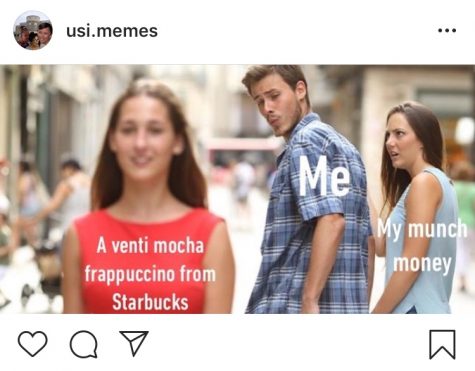 Ward said the page connects to students not only because of the meme format, but because many of the posts are close to home.

“It’s unique to this campus, and although it’s sometimes general college humor, a lot of it takes place or has taken place on campus,” Ward said. “Only we really know what they’re talking about. Our minds are going a million miles an hour, sometimes it’s nice to sit back and get a joke you don’t have to think about too much.”

Ward said it’s good to have a university meme page to provide the much needed humor in student’s stressful lives.
“It provides a college humor that we can’t get anywhere else,” Ward said. “It allows us to talk and even meet new people since they’re already so close.”

“If you like to laugh and enjoy your life, then you should follow it,” Wojcuich said. “And if you have an idea for a meme, send it in and it might get posted.”