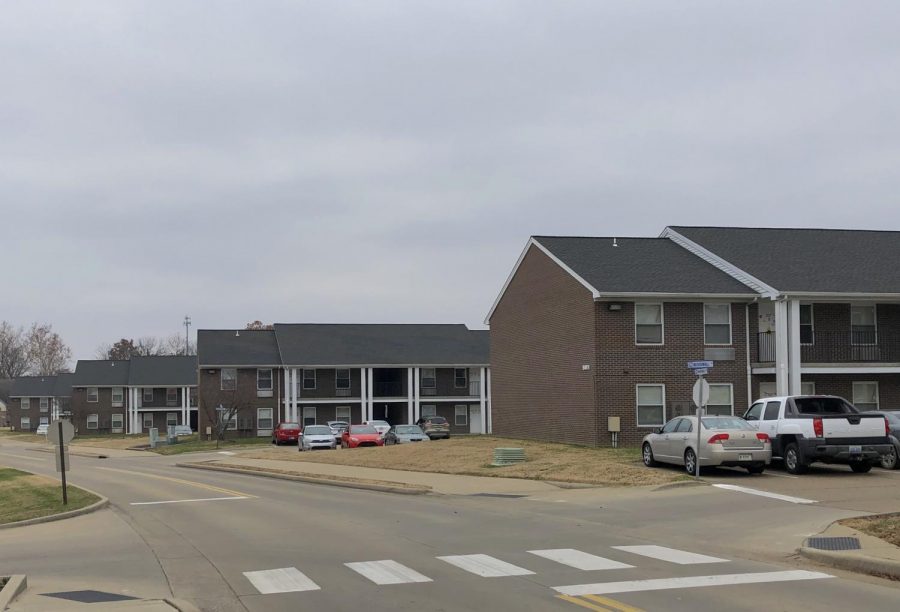 “We are writing up a draft of the proposal and hope to have something by the beginning of next semester,” the junior dental hygiene major said.

She will now talk with her executive board to see where the potential updated policy will go next.

“We have heard from students that they would like to change the policy, but we are trying to figure out what that means and what exactly they are looking for,” Davis said.

She said two proposals were presented to students.

“It says very specifically in the first sentence (of the policy) that if someone is going to spend the night they have to be of the same sex,” she said. “Both policies propose removing that sentence from the visitation policy, so that way anyone who spends the night has to follow these rules and it doesn’t matter if it’s a man or woman. It’s going to be whether or not we want an open visitation policy all the time or just on the weekend.”

Those final details are still being worked out, according to Davis. She said she thinks the current policy was fair when it was written, but now times are changing.

“People are being more vocal and open about who they are and we are seeing a lot of that especially on college campuses,” Davis said. “That’s what college is about, finding who you are and expressing yourself as you see fit, and we want to encourage that. I don’t feel our current visitation policy is allowing that expression.”

Davis said she also feels the current policy is not allowing students to have the same amount of growth they could potentially have.

“I think having an open policy here on USI’s campus, where we have it part of Roompact and have that discussion with your roommates, it facilitates that kind of conversation, and that way when you do move off campus and live with people in an apartment or house, you have that background. That way we’re helping residents grow socially and academically,” Davis said.

SHA tried to push for a similar proposal in 2013, but previous President Linda Bennett’s administration rejected the idea.

“It feels like a summer camp kind of, no girls in the boy’s cabins, no boys in the girl’s cabins, and we’re not at summer camp we’re in college. We’re adults, we’re paying a lot of money to be here,” she said.

Director of Housing and Residence Life Amy Price said she will bring the survey results and proposal drafted by the SHA to Associate Provost of Students Affairs Marcia Kiessling, who will help determine how to move the potential policy forward.

After Kiessling reviews the information gathered, ideally the drafted proposal would head back to SHA for a final review before becoming policy, Davis said.

“We are the voices for the students, especially on grounds of housing,” she said.