‘Everybody can do something’ 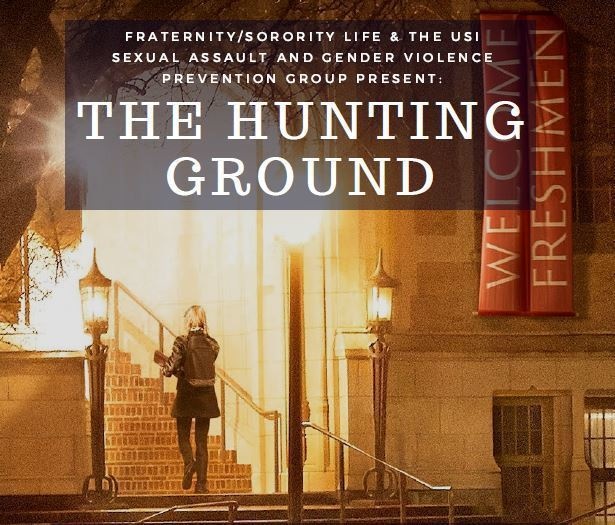 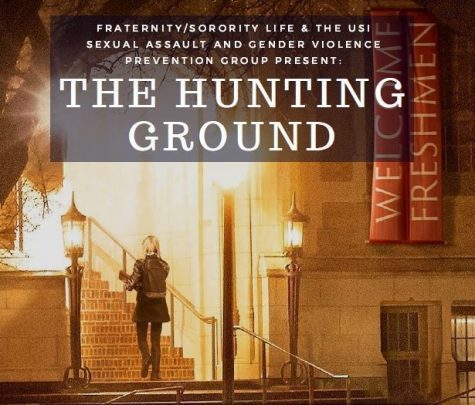 Carter Hall was packed with students for the campus viewing of “The Hunting Ground,” a documentary discussing sexual assault on college campuses. The documentary followed students from various colleges throughout the country, bringing to light their experiences with sexual assault and how each university handled the situation.

The film featured students who attempted to confront large colleges that were not supporting sexually assaulted students, saying all they received from their university administration was blame for the assault, along with denial of the violations.

“I thought it was very eye-opening,” Jakob Reynolds said. “There were a lot of things I didn’t know. It’s very shocking that there are just so many different things that are going unnoticed, and nobody is seeing how this is becoming a big problem.”

The junior elementary education major said many of the facts and statistics shown in the documentary surprised him.

A harsh reality in the documentary was that colleges sometimes deny reports in order to preserve a more positive public appearance. This meant many of the cases shown in the video led to no punishment against the accused.

“I think it’s important for everyone to be aware of the situation,” Reynolds said. “Everybody can do something to make the campus better. Personally, I still feel like (this university) is pretty safe. There’s definitely always room for improvement, but overall it’s safe.”

Jacob Dicus said the point of the documentary was to shed light on the different processes that are out there and what support systems the university offers for students.

“I wanted to do a partnership with (USI Sexual Assault and Gender Violence Prevention Group),” the program coordinator for sorority and fraternity life said. “I’d seen the documentary before at previous institution, and I thought it was a great fit for this topic, to make it more risk management for all of campus and something all students can be aware of.”

“Education is not the only important thing the university can give students,” Dicus said.  “It should also be an environment where students, their family and anyone else involved feels safe and can enjoy their educational experience.”

Panelists answered questions from students, including how the reporting process is completed, where to report and the roles of both the Title IX coordinator and Public Safety.

Dicus said he was grateful the panel members took time out of their night to answer questions students had in order to make them feel safer.

“I think any documentary like this can bring up a lot of emotions for anyone,” Dicus said. “I think having the panel answer questions immediately is a great way to ease the minds of students.  Even the panel mentioned the documentary does highlight a lot of negative things that larger schools have done. I don’t know if you’ll have that many campuses that have this many faculty and staff that will come out to something like this.”

Kaitlin Altstadt believed the panel was helpful in explaining the action the university takes against sexual assault and other violations and what resources are available to students.

The junior health services major said students need to know what resources are available to them because that is how university members support each other.

“The documentary was very emotional,” Altstadt said. “It had me struck at points because I didn’t realize how unsafe campuses were. It was unreal to me how many presidents would say they took things so seriously, and then they blocked it in their results with zero suspension. They were blowing it off and doing nothing about it so they wouldn’t get sued.”

Altstadt said she felt the panelist clearly answered students’ questions about the university’s position on reporting and the process which reassured students’ safety.

Audrey Vanmeter said violations only seem to happen in fiction, not in real life.

“That kind of opens up your eyes because this movie is based on facts,” the senior nursing major said. “I thought it was really eye-opening.”

Vanmeter said she had never felt unsupported at the university.

Vanmeter said the panel was just as important as the documentary, allowing students to put faces to the administration that supports them.

“It really did answer questions, and the panelists were transparent,” Vanmeter said. “I’m glad that they held something like this and made themselves available out here. It takes guts to sit up there and have a hundred kids staring at you, waiting on what you’re going to say. Even the more aggressive questions I think they were composed, and they answered them appropriately. I agree with everything they said.”

Vanmeter said she has been involved in this type of case.

“The university handled the violation amazingly and they were very supportive of the victim,” Vanmeter said. “I’m just happy my university supports the students.”