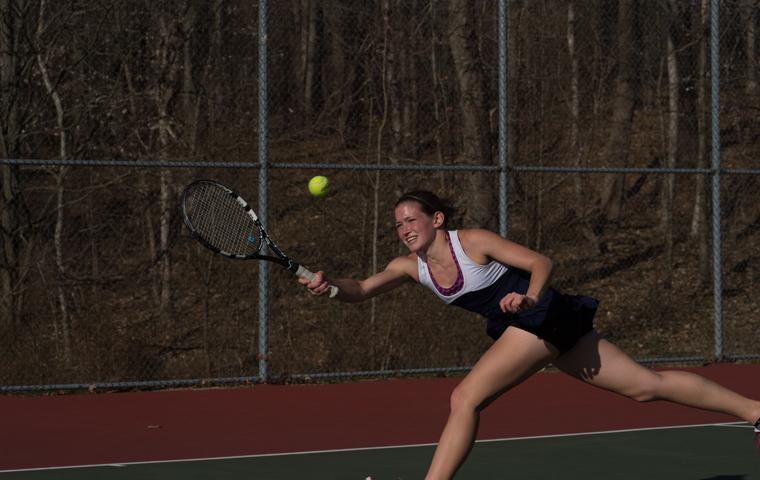 In her 28th year as head coach, Keely Porter has a strong team to lead in the Great Lakes Valley Conference.

Porter’s goal for the group is to “become individually more skilled.”

This year’s team has four freshman, one sophomore and two juniors.

“We have a competitively young group,” Porter said. “They are great student athletes. I don’t think they will have issues with classes and doing the right thing.”

This season, the scoring system has been changed to no-ad scoring, which is the popular choice of scoring in tennis doubles.

“This will be in a short division one format,” Porter said.

Porter said her main goal is for the team to enjoy their time together and become better tennis players.

“We’ve had maybe seven or eight practices. Everybody seems to be working pretty hard,” Porter said. “(They) are determined to ultimately make it to the top.”

In previous years, Porter has taken the team to two division tournaments as well as 12 top four appearances in the GLVC. In order to make the tournament they will have to face rivals IU Southeast and McKendree University.

The season officially began Tuesday when the team traveled  to Owensboro, Kentucky to play Kentucky Wesleyan College. Next they host the University of Charleston Sept. 22.