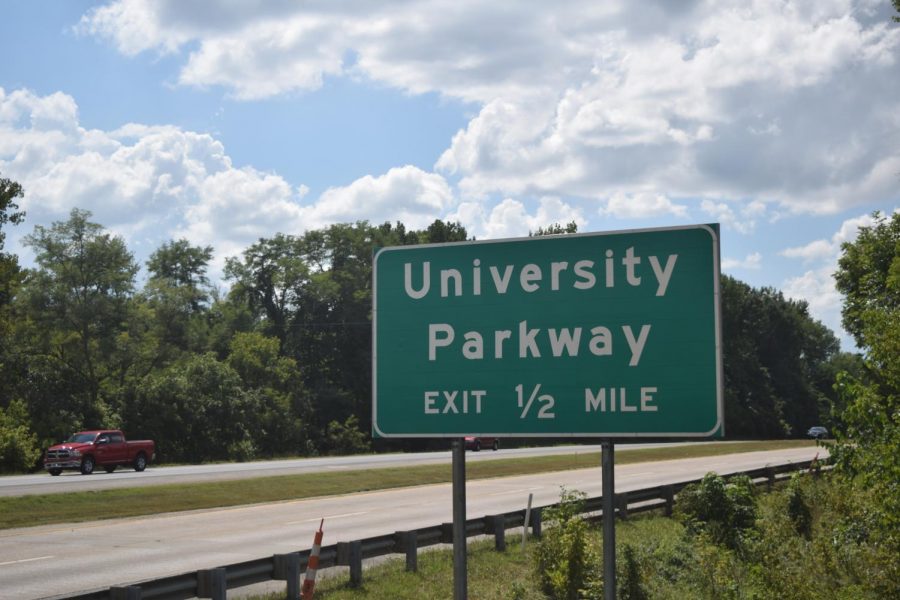 Development of University Parkway is still in a beginning phase according to Developer Gene Pfeiffer.

The developer of a 200-acre project along the western side of University Parkway said plans for his development are still premature.

Developer Gene Pfeiffer said he plans on expanding his commercial properties and housing to the north of the Lloyd Expressway, west of University Parkway but those plans are not yet finalized.

“We are in the process of getting a sewage lift station that would handle a great portion of the west side,” he said. “Basically from Upper Mount Vernon Road south to Middle Mount Vernon Road north, most of the engineering is already done.”

Pfeiffer said he anticipates to have construction begin “this calendar year.” He said the timeline has not changed.

“Just to be real candid, (we need to start) the capability to get utilities and can’t really start any kind of development in there yet. Once they get that done laying lines and putting in roads and water then we will start sourcing people for development,” he said.

Pfeiffer said a number of people, companies, and retail outlets all have expressed interest in the development. City planner Brenda Hill told The Shield last week other developers have yet to file anything with the planning commision.

Though the university has no plans to add housing, student support buildings or other types of development along the parkway, Pfeiffer said he would be willing to entertain anyone who has an interest in the “quality addition.”

Of the 200 acres that have been zoned, 160 acres are for the development of single-family homes.

Pfeiffer said the first phase of the project would include multi-family homes and allow the commercial portion of the development to take hold.

“That is why I’m putting my emphasis on that sewage lift station, hopefully, we can get that done soon,” he said.

The zoning area is south of Hogue Road and west of University Parkway and was rezoned to commercial and residential several years ago.

Under the university’s master plan, there are currently no plans to add development along the corridor. University spokesman Ben Luttrull said last week that all plans to expand student housing and support buildings are in line with the USI Campus Master Plan.

A special meeting of the Evansville-Vanderburgh County Area Plan Commission (APC) about the University Parkway Corridor plan draft will take place 5:30 p.m. Sept. 27 at the Civic Center Complex in the Administrative Building.

On top of the September special meeting, the county’s commissioners will hear a presentation of the plan from consultants and take comments from the public at 3 p.m. Oct. 2 in the Civic Center Complex.