When the Rickmobile comes to town 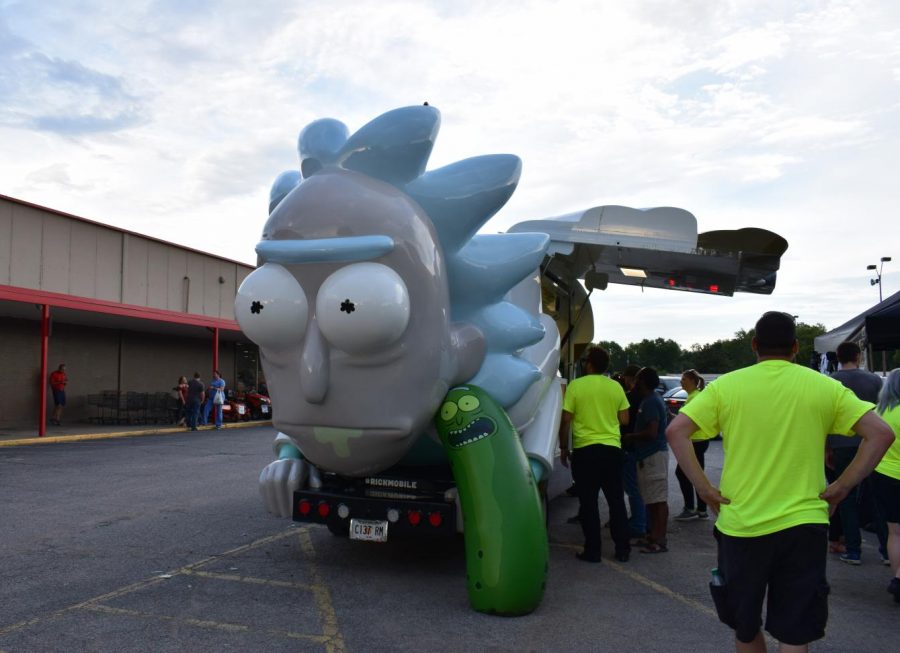 The Rickmobile came to Comic Quest to sell "Rick and Morty" merchandise and bring awareness to the comics Friday evening. 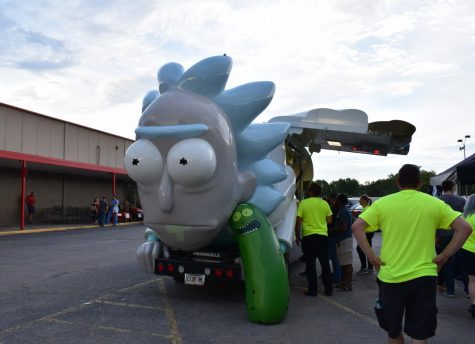 Katherine Drake The Rickmobile came to Comic Quest to sell “Rick and Morty” merchandise and bring awareness to the comics Friday evening.

Further up the line, the Rickmobile was parked in front of her and other “Rick and Morty” fans, filled with exclusive merchandise and comics.

The junior performing arts major never believed she would be able to see the iconic car in Evansville, but Comic Quest hosted its first visit to Evansville. 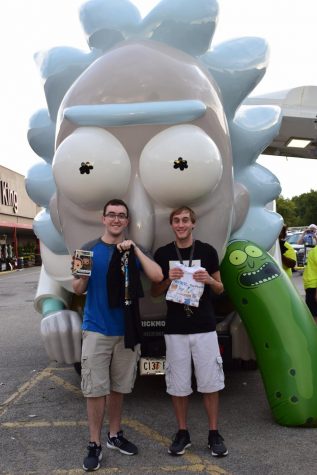 Katherine DrakeAustin Steele and Brennan Lewis smile in front of the Rickmobile with their new merchandise Friday evening.

“When something special happens that you didn’t think was going to happen, but it actually does it’s awesome,” Gilbert said.

A huge fan of the show, Gilbert said she likes “Rick and Morty” so much because she didn’t expect it to be so big. “I was raised on ‘South Park’ and now (‘Rick and Morty’) is something new that’s interesting.”

The Rickmobile company contacted Comic Quest to schedule their visit to Evansville.

Many of the people lined along the sidewalk had never been to the comic store before.

Gilbert said she and her friends were able to meet with writer and artist Kyle Starks.

“When you come to different events like this it’s really unique,” Gilbert said. “So it’s really cool to see the person that you admire drawing coming to a live signing.”

Starks has been working with the “Rick and Morty” series for two and half years.

“I was a big fan of the show before I ever got to do the comic,” Starks said. “So I love to see people who also love the show. For me it’s always nice with the “Rick and Morty” stuff for people to find out there’s a comic series because most people don’t know.”

Starks was enthusiastic about the event and helping to make “a lot of new ‘Rick and Morty’ addicts.” 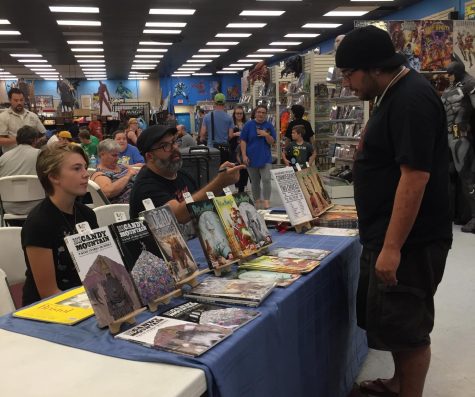 No matter if you are a Rick like Starks or a Morty like Gilbert, all fans can look forward to another trip from the Rickmobile in the future with even more comic releases.

“The show will be back in a year and a half,” Starks said. “So you might as well start reading the comic.”