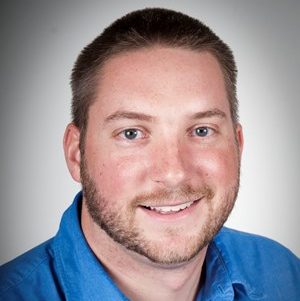 LaRowe has been with the university since 2010 and was originally scheduled to take a sabbatical leave this fall.

The university had been searching for the next dean of students beginning in late May, after former Dean of Students Bryan Rush left to become the Associate Vice President for Campus Living at Auburn University in Alabama.

Associate Provost for Student Affairs, Marcia Kiessling, is responsible for the hiring of the dean of students position and sought LaRowe following a nationwide search.

“(Dr. Kiessling) asked me if I was willing to serve in this position,” LaRowe said. “At first I was surprised because I was on the search committee, and I figured once I served there that would be the end of my involvement.”

Two candidates previously interviewed for the job in mid-July, but they never saw fruition.

“When you are searching for positions that are so essential, you always have plan B,” Kiessling said. “Dr. LaRowe has some really good characteristics that I thought would help him. This is an interim role, he won’t be the permanent dean. He may be, but for right now he’s the interim dean.”

LaRowe said he had to think about the prospects of becoming the next dean of students.

“But I thought about it for a couple days and decided that it’s an important position,” he said. “You can do a lot to help people here, and it could be an interesting challenge professionally.”

Kiessling said she pulled some of the responsibilities out of the position, including supervision of the counseling and health center, which she will now oversee.

Among other normal duties dropped include working with the Student Government Association. Assistant Director of Student Conduct and Outreach Britney Orth will now work with the group. While Assistant Dean of Students Laurie Berry will assume the role of deputy title IX coordinator.

“All of us have taken a little bit, and then we have given (LaRowe) the specifics of what we want him to do,” Kiessling said. “He knows the university, he is very well respected by all aspects of the university including faculty, and that is a really important component for us because we work really close with faculty in terms of processes, student conduct and so forth.”

LaRowe has some administrative background as he previously served as the Chair of Faculty Senate.

He said he will be learning a lot during the beginning of his tenure.

“It’s an interim position, so basically I am just going to try and make sure things keep functioning smoothly here,” LaRowe said. “As I get more familiar with the job I may try to start some initiatives.”

This may include featuring student clubs and initiatives on Fridays, but LaRowe said the details are still being worked out.

“But beyond that right now I am just trying to get my feet wet and keep the other people in the office doing what they are doing,” he said.

LaRowe said he has had people tell him how meaningful yet stressful the job can be.

“Because you see people on their worst days or they made a big mistake or things are just not going well for them, I just hope maybe we can take people who have had really bad days or are at a bad season of their life and we can help them,” he said. “So they can be successful at school or get through whatever it is that they are facing.”

Asked whether he would potentially take the job permanently, LaRowe said he would take a couple of months to figure out the answer.

“If you would have asked me in July I would have said ‘no,’ but in July I was 100 percent sure I was going to be on sabbatical,” he said. “So I realize that things are unpredictable and I never thought I would be doing this, so instead of just saying no, I am going to take a couple months to see how it goes.”

However, he said that he loves his job as a professor.

“Either I find out I like this, or go back to a job that I already love,” he said.

Kiessling said in the coming year a new search for the next dean of students will take place. She said that she has received a good response from people regarding LaRowe’s appointment, which will last one year, ending June 30.

LaRowe is usually assigned three classes but will instead work in a reduced capacity by teaching one at the College of Liberal Arts.