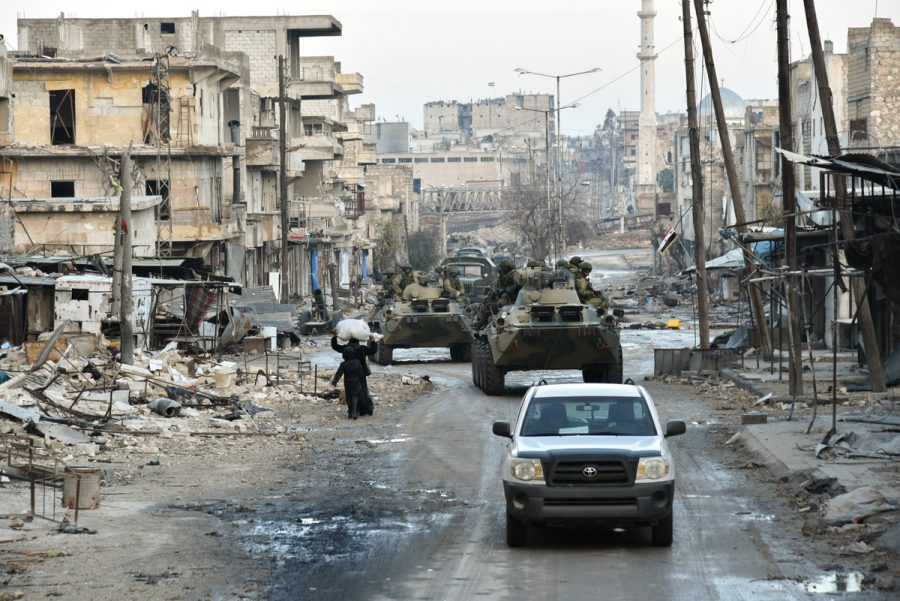 After the Arab Spring gripped a majority of the middle east in 2010, countries in the so-called “hot bed” of the world began seeing their own crisis unfold, domestically and internationally.

A bloody war that seems to have been lost from the headlines in recent years is continuing to unfold across the streets of Syria.

The Syrian Civil War began shortly after the Arab Spring in 2011, with pro-government forces loyal to President Bashar Al-Assad clashing with demonstrators and Kurdish-backed rebels across the country.

Assad has been known to use chemical weapons on his own people. But the horrifying images of dead children and even babies literally washing up along the shores of Turkey’s beaches cannot be diminished or neglected.

It is often easy for Americans, those of us in the West, to take for granted that the unfolding humanitarian crisis is taking place on the other side of the world, so it is not our problem.

But this is our problem.

Immediately after President Barack Obama infamously drew a so called “red-line” on chemical weapons use in Syria in 2012, he was reluctant to send U.S military forces to the region to counteract the humanitarian crisis. Obama was focused in on the Iran Nuclear Deal at the time and did not want to dismay the Iranian government over the a potential invasion.

Over the weekend, there was news of another chemical attack by Assad’s forces, this time in the city of Douma just on the outskirts of the capital city Damascus.

Images of the last cries of dead babies in the arms of inconsolable parents, the sheer pain felt from one human to another.

Yet as all of this news unfolds and with the world watching, Assad simply has no measure for the sheer atrocity he is committed.

Assad’s forces are propped up by the Russians and Iran and pro-western backed Kurdish rebels supported by the U.S.

Some see the civil war in Syria as a proxy war between the world’s lone superpower and the Russian government.

However, no matter what side the U.S. is on, drawing a “red line” does not solve anything.

Obama tried it and failed, and now the current White House resident is giving it a swing.

But you know who is not very skilled with diplomacy or with maintaining a functional cabinet of advisors in the first place.

Even as I write this, news just broke that Trump’s National Security adviser Thomas Bossert has resigned, and another one bites the dust in a long line of presidential departures.

Trump is now suggesting his “red line” was crossed and is debating imminent strikes on Syria, but will it work?

Will Trump’s lack of foreign policy knowledge and hawkish advisors lead the U.S. into another war we did not ask for? Or will the so called “red line” just be another red line?