Screaming Eagles baseball: the team that plays together, wins together 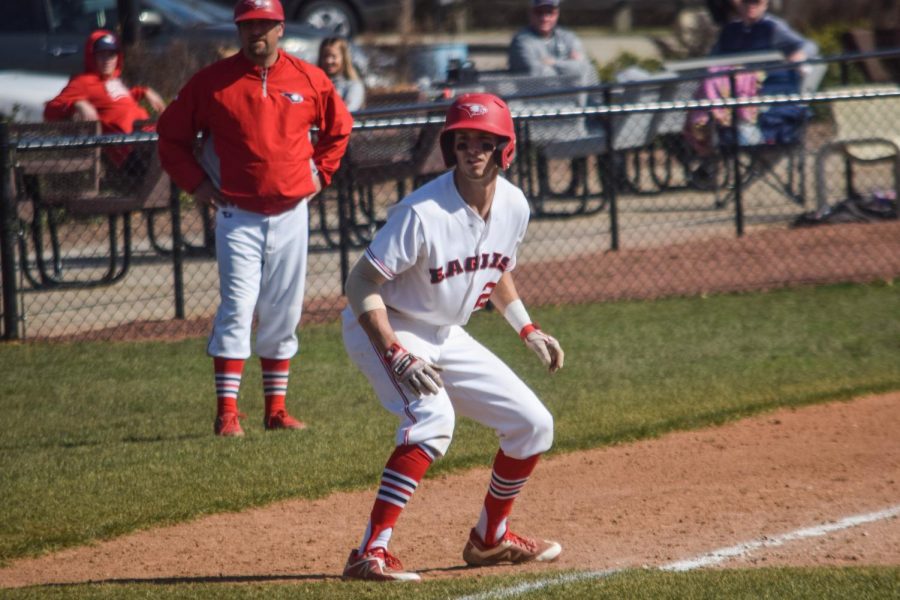 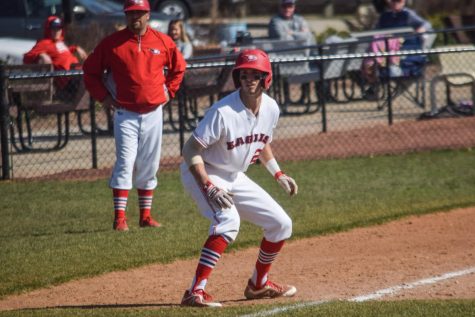 This past weekend, the Southern Indiana Screaming Eagles men’s baseball team played against the Lewis University Flyers in a four-game, back-to-back, doubleheader over the weekend.

Ethan Hunter, a first-year business administration student and a shortstop for the Eagles gives more insight about the game during a Q&A.

The Shield: What did the team do to prepare for the series over the weekend?

Hunter: Leading up to this series or any series, we practice every day putting in extra work, showing up early and staying late.

The Shield: What do you believe plays a key factor in the teams’ wins?

Hunter: Encouragement is one of the most important keys to being on a team and playing together. We are continuously motivating each other on and off the field.

The Shield: How did you personally contribute to the team?

Hunter: In every game I play I just always try to be the best teammate that I can.

The Shield: What was your biggest takeaway?

Hunter: My biggest takeaway from this weekend was how the team picked each other up, even when the other team scored we stayed focused and answered it back.

The Shield: What was the coach’s final remarks about the weekend?

Hunter: Extremely proud of us. The coaches talked about how well offense and defense held together for the pitchers, but that there is always room for improvement.

The Shield: How did you personally believe the team did?

Hunter: I think we played one of the best series we’ve played all year and I can’t wait to see what else we’re capable of.

The Shield: What are you looking forward to for the team in the upcoming year?

Hunter: Going into the rest of the season I hope we keep a good conference record and stay determined while we work toward the championships.