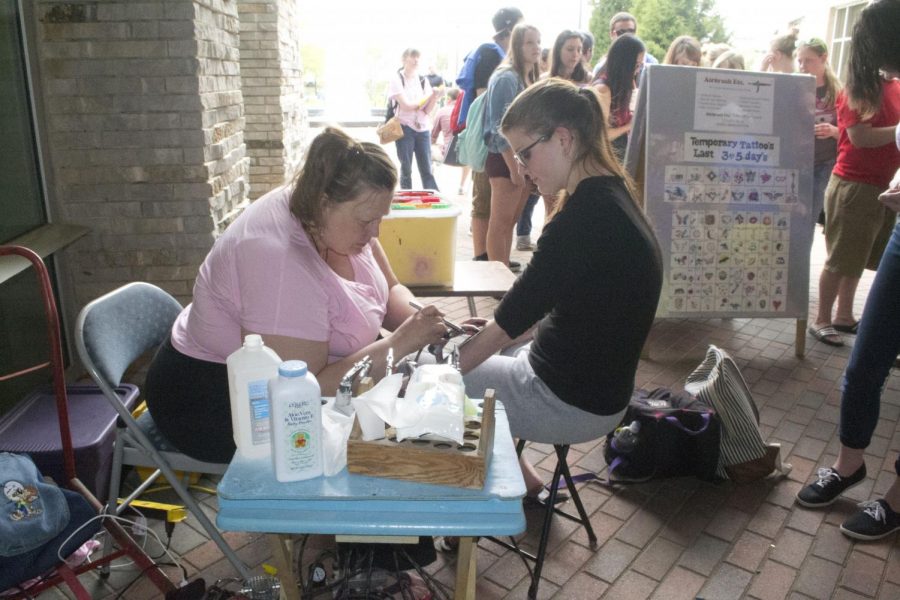 photo by The Shield 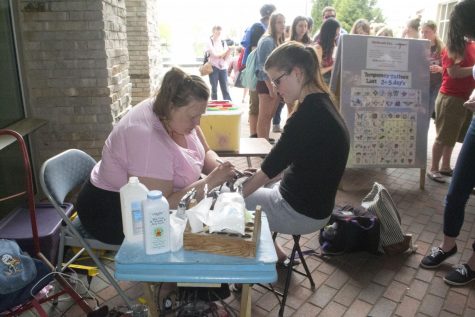 photo by The Shield

Marlee Sills has been involved on campus for the last three years through sororities and other events. Eager to do something special for her senior year, Sills applied for the SpringFest committee.

“It does help me understand more of the process of the behind the scenes thing that goes on when you are planning events,” the senior social work major said. “It takes time and effort to organize and put everyone on the same page. It will just be a really good event across campus for everyone to see and to know that you had a say to help put on these kinds of events.”

Sills said she enjoyed being able to bond with the other members as they planned.

“I think it’s been really great working with Jenny Garrison and Jenna (Kruse). Those two work really hard behind the scenes,” Sills said. “I feel like the four of us have done a really great job with brainstorming and figuring out what we think our campus would want.”

The committee is responsible for selecting events for SpringFest, which will be held Wednesday through Friday with events planned throughout the day.

Garrison said the group worked on not only planning the events, but finding ways to improve from the past years. One goal the group hoped to change was the long lines for the different activities. She said the group is trying to improve this by having multiple people perform the same activities.

“It quickens activities to help speed people through so they don’t use too much time in this busy time of year,” Garrison said.

In hopes of increasing the number of students on the committee, Garrison said the applications have been pushed up to April rather than the fall.

“It will be a blank canvas come April 14, so I need people to help me fill that canvas in. I would love for more students to get involved in helping plan. I would rather have a group of students tell me what they like.”

Madison Everett said she helps organize events like SpringFest as a way to expand outside of her major to become a more well-rounded person.

“As a science major, I’m more of a mathematical type person,” the junior chemistry major said. “It’s really helped the creative side of my brain and helped me to grow as a creative person. If all I did was chemistry stuff, I feel like as a person I would only be good at chemistry stuff and I won’t be as well-rounded. Whereas now I get to see all other perspectives, and I can bring some of my non-science stuff to the chemistry world.”

Everett said as the future president of APB she wanted to learn more about how campus events are set up and felt SpringFest was a great way to get the experience she was seeking.

“I’ve always dealt with the advertisement and more of a leadership role in APB. I wanted to join SpringFest because that’s more of programming. With these programming skills, I’m able to help my future programming chairs.”

Everett said she is looking forward to seeing how the events for SpringFest turn out and is already excited to start next year’s planning.

“I don’t just want to go to class and go and study,” Everett said. “I want to bring students fun and make college an experience and I feel I have a great impact with SpringFest in bringing one last hoorah before finals.”