Progressive play on the way

Production to focus on mental health 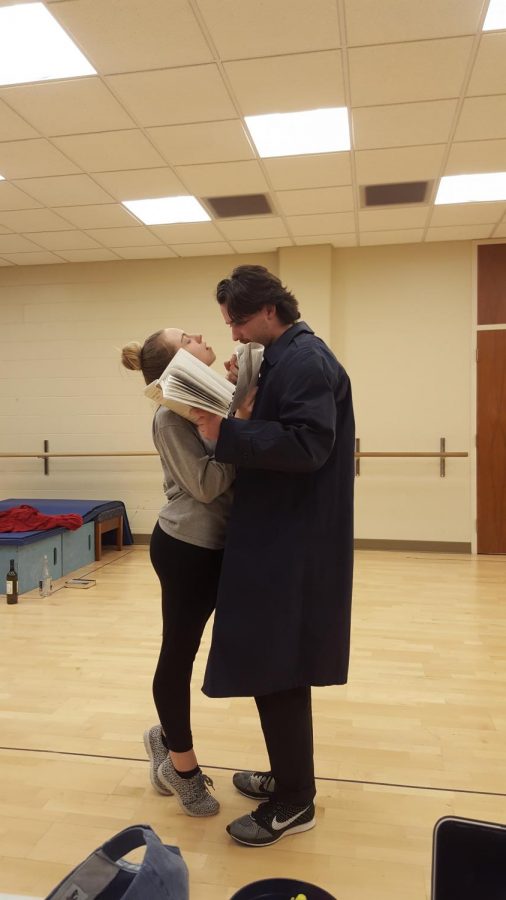 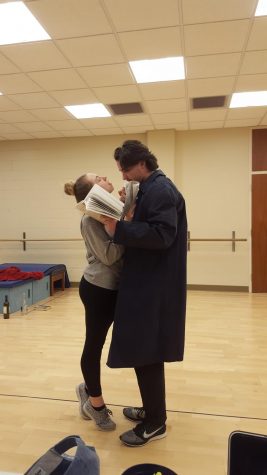 USI theatre is entering new territory with a story of mental health from the upcoming production of “Standing on my Knees” by John Olive.

The show will play in the Mallette Theatre March 22-24 at 7:00 p.m. Tickets are free, but seating is limited.

“Standing on my Knees” follows the story of Catherine (Kaitlyn Kearschner), a poet with schizophrenia. The play explores her struggles with medication as she tries to balance her art and her personal life.

The play is directed by theatre student Isabelle Rogers and will be held in the Hellen Mallette Studio Theatre. Unlike the shows in the Performance Center, almost all the creative positions for the show will be helmed by USI students.

Sydni Abel is the production stage manager and this is her first big project.

“It’s a really cool experience because our likes and dislikes are more similar because we’re all the same age,” the junior theatre major said. “We’re all students taking on a big project, but it’s really cool because we are students and we get his opportunity.”

According to Abel, all the student designers are given mentors to guide them through the process. The mentors are USI staff members and professors that would usually serve as the creative team for the Performance Center shows.

As stage manager, Abel is in charge of making sure everything stays in order.

“The director’s job is to tell the story,” Abel said. “So I’m the one who has to organize all of the thoughts the director has and put together the ideas from the design and production team.”

Abel described the play as very interesting and different.

“It’s basically diving into her mind and her daily life,” Abel said. “A lot of people push mental health away and some don’t even believe in it…it’s really cool that this show gives a message about what it’s like to have these issues.”

Rogers, the student director, held a staged reading of the show her freshman year. To get the production started she filled out an eight-page application for the position of student director.

“Out of all the plays I’ve read in my lifetime, this is the one I was most interested in and has the biggest vision for and I think that it’s a story that needs to be told,” Rogers said.

“She’s just been a true fighter throughout this entire process,” Rogers said.

Rogers said she wants to show people what it is like to have a mental illness.

“This isn’t a play with a happy ending. Sometimes life isn’t what the movies and the stories depict it to be…things aren’t going to get better just like that,” Rogers said. “It’s gonna take a while before things get consistently okay.”

“All the actors and crew have put in a lot of hard work,” Rogers said. “This show is really important, and we would appreciate if you would come out and join.”