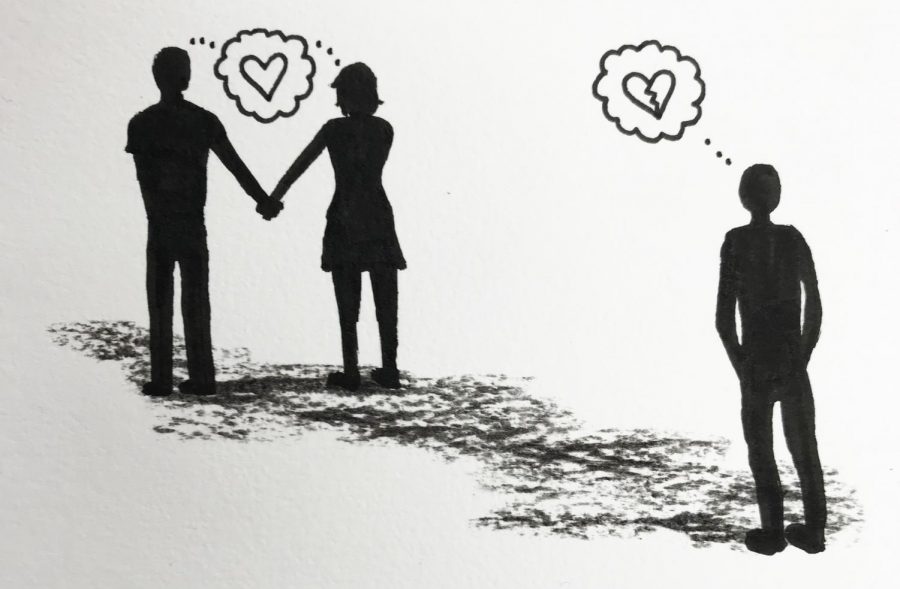 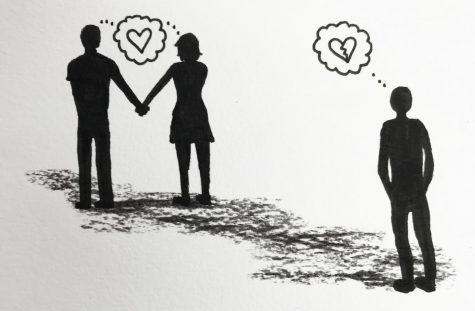 Christina Zolezzi said she enjoys being single, but admits it can be lonely on holidays like Valentine’s Day.

The freshman nursing major said the holiday’s focus is romance and that can leave singles feeling alone even if Valentine’s Day is about all types of love.

“I think a misconception of (Valentine’s Day) is that friendship love and family love are not as important as romantic love,” Zolezzi said “It’s overemphasized and it is way too important in our society.”

Zolezzi believes that middle schoolers and high school students are more vulnerable and influenced by the media where romance’s importance is often overemphasized. College students, Zolezzi said, also feel pressure from the perceptions being presented by the media, but also that many are looking for a permanent partner at this stage in their lives.

“It’s important in college because it’s the time of our lives where we have to get relationships. It’s like a pressure to get into a relationship, to start making a family, or start trying to build a marriage,” Zolezzi said. “I think people should focus on careers and having good healthy relationships in general whether its romantic, friendship or family relationship.”

Karyssa Morgan said that many singles see Valentine’s Day negatively but still feel the need to be in a relationship, which she believes can lead to harmful actions.

“I think it affects the decisions (singles) make. Sometimes they rush into a relationship or they feel like they need to have somebody with them so they are trying to combat their loneliness,” the sophomore English education major said. “They are not mature enough to be able to handle a solid relationship that is healthy as well.”

Morgan said society and commercialization of holidays is another reason single people struggle.

“I think there’s a lot of pressure from society and in the norms of that, as well as they feel like because they are in college they are adults,” she said, “and they have to do adult things and have a solid foundation relationship.”

Morgan said she definitely feels society wants her to be organized and have her life planned out.

“There’s a lot of pressure to at least have yourself together while you’re an adult,” Morgan said. “And sometimes I feel like since people typically in the generation before us would marry younger, they feel like we have to do the same thing, and we’d rather not.”

Morgan said that being single can have its perks. Last year she and group of friends spent Valentine’s Day together and enjoyed the holiday despite being single.

“You just have to have fun with it and not worry about it or let it be a big deal,” she said.

Ethan Topham said Valentine’s Day is so popular merely because “it’s love, and our culture praises love like nothing other.”

“People don’t always like being alone so when there’s a celebration of anything, they don’t necessarily like to celebrate alone,” the junior mechanical engineering major said. “What they generally do is find someone to celebrate with, which is why Valentine’s Day is such a big thing.”

Topham says that students should not worry about it though because being single is perfectly fine, and finding a relationship should not be based on a holiday.

“It’s being with someone you connect more with,” he said, “and feeling an attraction towards one another that just makes something feel so much better.”