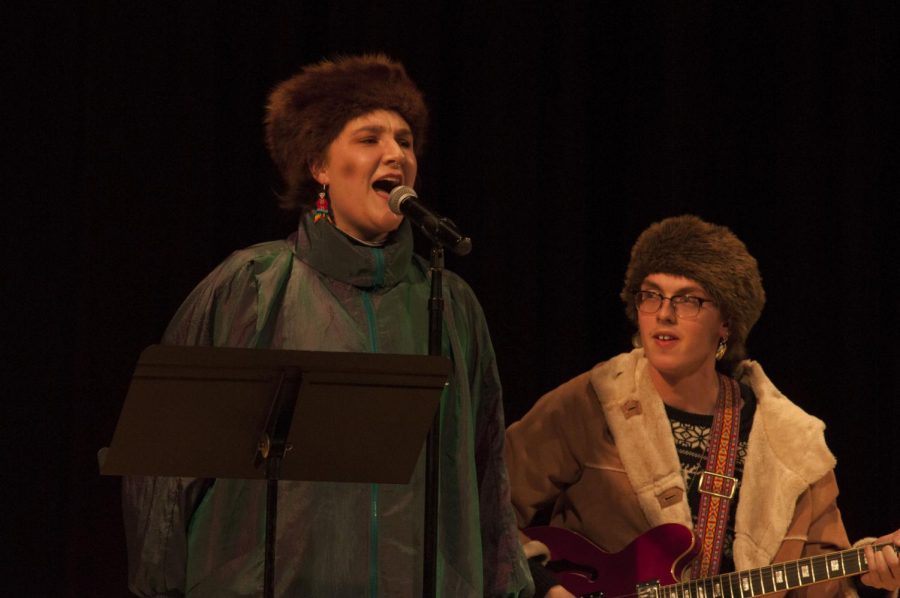 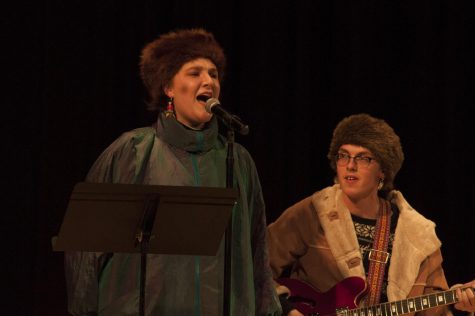 Studying abroad at Harlaxton College, University of Evansville’s juniors Alexandra Curren and Gina deLise, theater performance majors, and Sierra Miller, a theater management major went for a fun and educational experience but came back with a new mission.

“We studied abroad last year so we ran into a lot of homeless people in really big cities,” Curren said. “And it was just something that started to bother us that these products that they needed were expensive and they couldn’t access or afford them and we wanted to do something about it.”

The women began to meet in August, planning how they could make an impact.

On the evening of Jan 27, the UE students’ efforts paid off as they held their first “Jampon”, with a variety of artist performing and student’s giving pads and tampons and other products for unprivileged women as admission. The entire university came together bringing donations of pads, tampons, panty liners and other products. Other volunteers brought jewelry, photographs, paintings and baked goods to help raise more money.

The overall attendance was far beyond what the women expected.

“We had a Facebook page for this event and we had 112 people mark that they were going,” Miller said. “We set up 250 chairs hoping that we could fill up the front half.  We had a house count of right under 200 and we raised over $500 and we have about 200 boxes of pads, tampons and liners.”

All donations were given to Evansville’s local chapter of YWCA, an organization that helps women who are unable to afford and receive the products they need for their daily lives. The group has three programs to shelter domestic violence victims, homeless shelter and mentoring programs for young girls.

“We rely on these events so much,” the doner relations coordinator said.  “We could never do what we do without support from the community. When events like this take place, we benefit so much and we get our name out there and exposure.  We love this.”

“Women are severally underrepresented in stand-up comedy because people don’t see women as being funny. They just don’t appreciate women as much so it was giving women a chance to show that they can be funny, they can be silly and it doesn’t have to be sexual or anything,” the junior biology major said. “Taking it back on a serious note as well, about how the issues we deal with are not funny.”

Hoerr said in times like this with the recent women’s march, women need to unite and stand together. “Women are finally starting to get a voice and we need to use it at every opportunity we can,” Hoerr said.

“Every single person that was here tonight has some form of privilege because they are able to come to college or are able to afford to spend five dollars on this event.  We need to use this privilege at this time to stand up for women who can’t take the time to speak for these issues.”

Hoerr said she’s proud of the efforts her friends have put in to making this event possible and helping in such a great way.  “I think this really shows how much we care about issues and how everybody at this school is willing to chip in and care about.”

The women hope to host another “Jampon” next year, with the hopes of widening their audience scope.  Curren said that they hope the tradition will continue after they graduate and more students will join in support.

“We are asked in college to think about what we believe in and what we stand up for and to think really critically,” Curren said.  “But I think what’s more important is taking a step further and doing something about it and actually showing your support for it.”