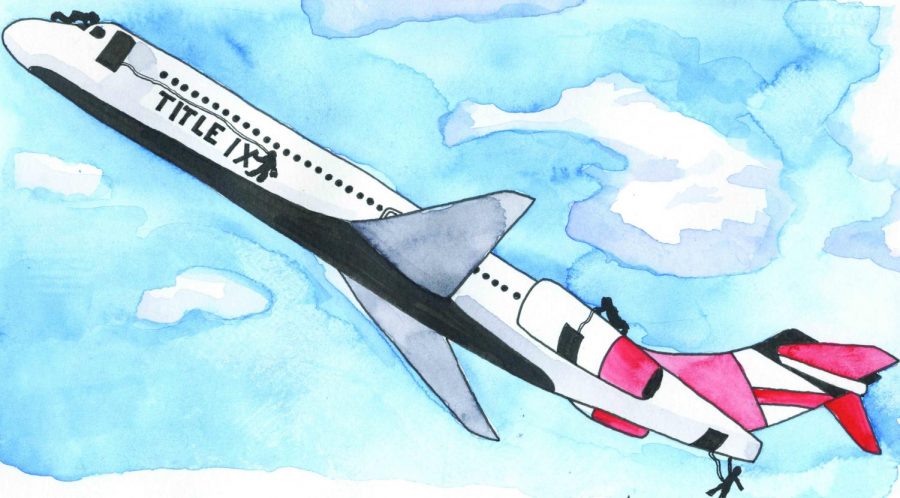 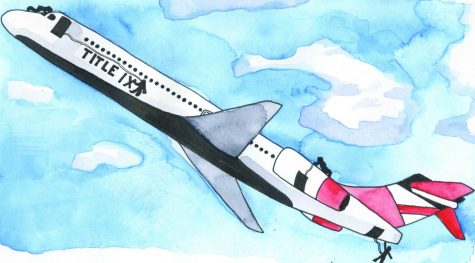 The change in reporting came with new Obama-era Title IX policies being enforced. Now, with a new president in office, it is unclear whether certain Clery procedures will stand.

Assistant Director of Public Safety Steve Bequette said there was a lot of tension under the Obama administration over how campuses handled sexual assault, and now that is changing.

“We have the Trump administration pulling the reins back a bit,” he said. “So each political machine is going to have their own take on things. However, under the Obama administration, we were building a plane for the Title IX stuff as it was flying. Well now, they changed the pilot while we are still building.”

The report, required by the federal Jeanne Clery Act, details offenses for the 2015-2016 academic year. Dating violence and stalking both jumped compared to the prior year.

“Year to year there are sometimes marked differences,” Bequette said. “There is a variety of reasons for fluctuations and sometimes you can not put your finger on what it is.”

Two years ago, the Indiana Department of Education changed guidelines about how sexual crimes are reported, something Bequette said can alter the numbers year by year.

“The sexual misconduct or assault reporting is because (the guidelines) used to be specific to forcible or non-forcible sex crimes such as incest,” Bequette said. “Then everything changed in the way it was reported.”

Despite alcohol and drug offenses dropping over the prior year, Assistant Dean of Students Laurie Berry said marijuana use has increased due to the legalization of marijuana in some form throughout 28 states and the District of Columbia.

“We are seeing more marijuana than we have seen in the past,” Berry said. “I have been here 25 years and I would say we started seeing (marijuana) on campus just as society was changing with the legalization and those types of things.”

Berry said more people are deciding to use alcohol or marijuana, especially in states where attitudes have not changed, but consequences for doing so on the university’s campus or in housing can vary by case.

“Sanctions range from warnings to suspension and expulsion,” she said. “When we start looking at sanctions, we have someone who could be charged with something, and we look into it through the hearing process.”

The hearing process determines who is responsible and inevitably what actions will be taken against the student and whether the crime that should be included has been committed.

Bequette said the prevalence of alcohol and marijuana is a valid issue that needs more open dialogue on any campus.

“I think it is (prevalent) on any campus,” he said. “You’ll see many campuses now not giving in but realizing drinking is going to occur on a college campus, and you see they start educating the campus community on more bystander intervention, binge drinking signs and if someone is in crisis that they do not lose someone. The drinking is part of the college culture and takes years and years for any culture to change across the board. I think you’re seeing some headway though.”

Bequette said the Clery crime stats fluctuate but “for the most part they remain consistent, except for the alcohol and drug citations and arrests.”

The university offers two classes, Choices, an alcohol addiction course, and Directors, a drug initiated program. Both courses are part of actions to meet the disciplinary requirements.

Berry, who served as the university’s housing and residence life director for eight years before being promoted in 2015, said there are consistently higher crime numbers in housing.

Bequette said that the university Clery report’s geographic area will be changing with next year’s report. This could potentially spike numbers by allowing nearby off-campus housing incidents to be Clery reportable.

“It used to be the border of the university is the end line,” he said. “Now it’s the end of the campus, but starting next year we will be drawing a one-mile radius around the borders.”

That one-mile radius would put the nearby Eagle Village Apartments within reach.

“Sometimes students are coming from close by Eagle Village which is not owned by the university. They are close and could be bringing the issues on campus,” Berry said. ”But inherently you’re going to see more come out of housing because students live together.”

Clery reported offenses can occur even when a resident is not home. Such as during a holiday break in which drugs or alcohol are found in campus housing. If a university official or resident assistant finds alcohol, that crime would be reported under Clery standards.

Bequette said the 2017 Clery report could have much larger crime numbers, but for him, the reports are about having a well-regulated system that ensures the university is following all of the provided rules.

“We have a good policy in effect, and we are cognizant of the fact you could always do better,” he said. “When you monitor the campus climate across the United States, the bottom line is the university wants to be transparent and have due process.”