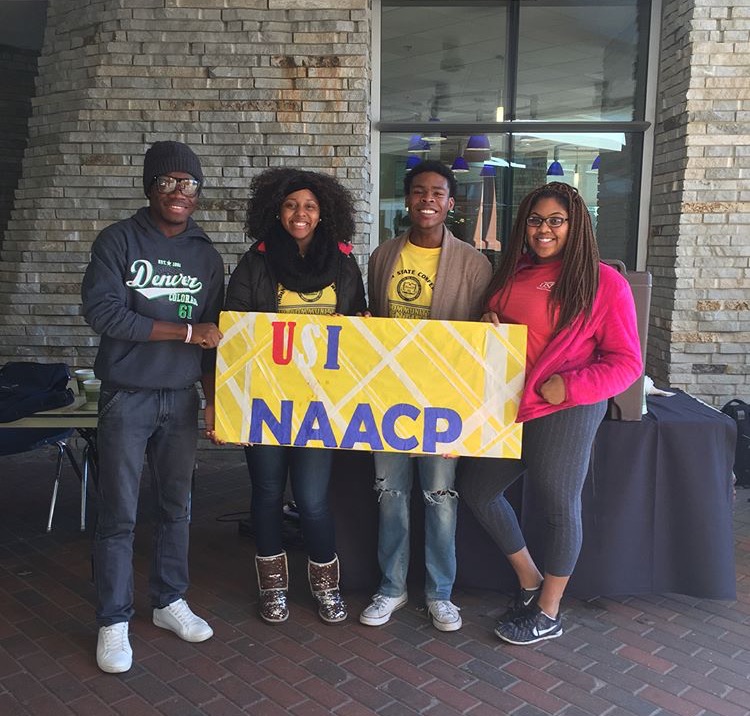 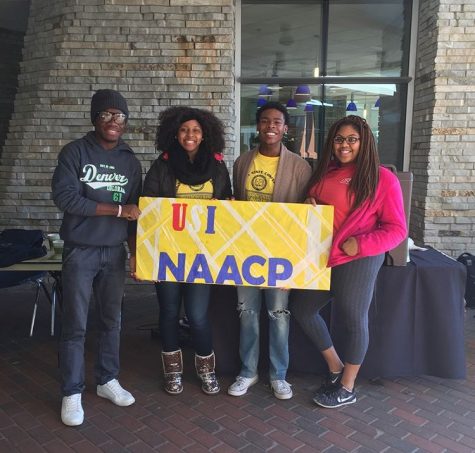 Shawneis Jones said racism has begun taking its mask off.

“People on this campus especially are hesitant to talk about racism they have experienced,” the Master of Business Administration student said. “They don’t want to step on any toes. We have a beautiful campus and a great university, but that small minority often gets silenced.”

Around this time last year, Jones attended the Martin Luther King Jr. luncheon and became inspired to make a difference on USI’s campus.

“I remember asking the speaker what we could be doing as young activists right now, and he told me to start a NAACP chapter on campus,” Jones said.

The NAACP, National Association for the Advancement of Colored People, is a civil rights organization in the United States. The association was formed in 1909 after the hard work and collaboration of both white and black Americans.

The national association seeks to fight for justice for African Americans as well as other minority groups. Their mission is to ensure political, educational, social and economic equality for all persons and to eliminate race-based discrimination.

“I started talking to the university about starting the chapter on campus,” Jones said. “I found out it had been attempted in the past but had not succeeded due to lack of interest. With the political and racial climate we are living in right now, I knew it would be the perfect time to try again.”

Jones said there is often misunderstanding about the purpose of the organization.

“People often look at the NAACP as a hate group,” Jones said. “People think the organization is in competition with other racial groups. That is the furthest thing from the truth. It’s all about coming together as a family and fighting for the rights all people deserve to have.”

“Both the majority and minority have to work together to make a change,” Jones said. “Everyone regardless of race, gender, or sexual orientation is welcome in the group. All people have to come together and reach a common understanding if anything is going to get better.”

The group focuses on social and environmental issues as well as racial ones.

“Each week we cover a different topic of interest,” Jones said. “We discuss it as a group and we see if there is enough power and passion in the conversation to start a campaign and try to tackle the issue.”

Jones said the experience has been humbling for her.

“I have never started an organization from the ground up,” Jones said. “It has shown me how strong I really am. I am a graduate student, so I have all of that work. I am in leadership for multiple other organizations, and sometimes I wonder if it’s worth my time. But I think this is important, and we have all worked so hard to get to this point.”

Twenty-five active members are needed for the chapter to be recognized nationally.

“We had 20 people sign up at the activity fair,” Jones said. “We have a solid executive board, but we need more involvement and support. I hope to see the organization have at least 30 to 50 active members of all races and genders and ethnicities.”

Wendy Turner had been wanting the NAACP on campus for years.

The associate professor of social work and the director of the center for social justice education is the advisor for the new organization.

Turner said she wants to see more diversity within the chapter.

“We often see organizations started for certain groups and then those groups only hang out with each other,” Turner said. “We don’t have enough crossing of cultures, and I want to see that change.”

Turner said the process of creating the organization has been easy.

“It’s easy when you have students who are passionate and driven,” Turner said. “They are taking the lead and really leading this where they want it to go. They are motivated to make this organization and pretty much all I do is ask what I need to sign.”

Jones said she is going to push her executive board as much as she can before she graduates in spring.

“I only have a few more months here,” Jones said. “I want to make sure they are ready to take over and continue this journey after I am gone. I will always be there for them whenever they need me, even when I graduate. You can’t just start an organization and leave it, you will always care about it and want to see it succeed.”