‘She has become such a force in this world’ 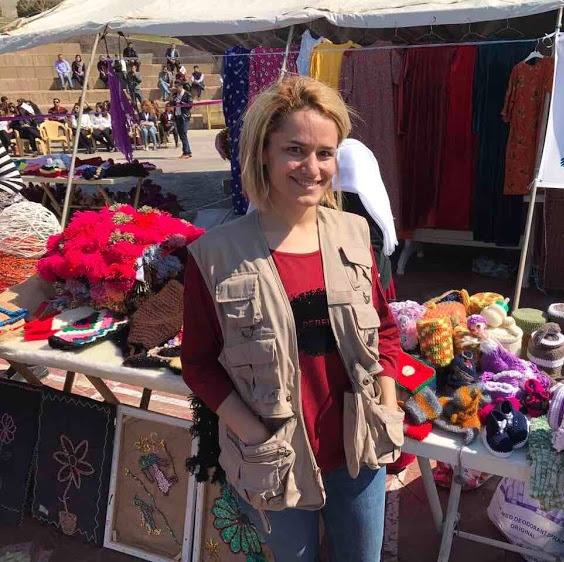 Shan Sherwan, former member of the Iraqi Young Leader project, started an initiative through the International Rescue Committee called Educate to Empower. The program is used to teach Iraqi women skills such as sewing, jewelry making, and English. 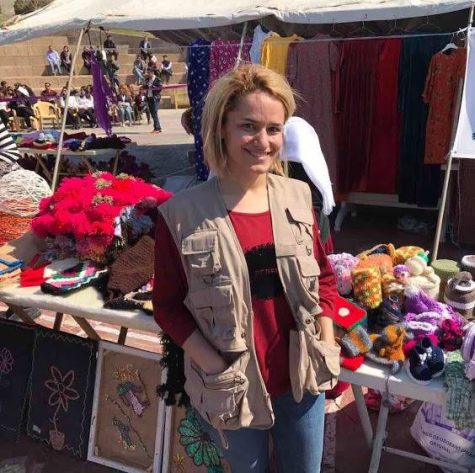 Photo courtesy of Shan Sherwan Shan Sherwan, a former member of the Iraqi Young Leader project, started an initiative called Educate to Empower. The program is used to teach Iraqi women skills such as sewing, jewelry making, and English.

Sherwan’s passion for women’s rights began when she was 14. She realized her brother could do things that were unacceptable for her to do as a girl. Sherwan couldn’t understand why the rules were different for her brother, and even to this day, she doesn’t understand the unfairness.

“As a woman, from the Middle East especially, you really don’t own your own body,” Sherwan said. “You are constantly subjected to men on the street, fathers and even your own husband. You don’t really have rights and you don’t have a voice.”

Sherwan came to USI in 2010 through the Iraqi Young Leaders project and now works for the International Rescue Committee. The committee is a global humanitarian aid, relief, and development non-governmental organization.

“The first time I ever read a magazine or newspaper, it was just a lot of honor killing just being thrown into my face,” Sherwan said. “Families cover up the honor killing by saying that she was killed by say, cleaning a gun, but they would never admit that they killed her so that they are not held accountable. They wouldn’t say they burned her. They would say she burned herself or she committed suicide.”

She went on the create the Educate to Empower initiative, a program used to teach women who have escaped honor killing who live in rescue shelters basic skills, such as knitting, sewing and jewelry-making. The program intends for the women to make a living off these skills.

Honor killing is the practice of murdering women who disobey the rules of their households, such as losing their virginity before they marry. The practice has long been illegal in Iraq, but many traditional families still believe it is the only way to clean their family name and honor.

“It could have been me,” Sherwan said. “I could have been one of those women. And it finally got the point where I had to ask myself, ‘If I don’t do something about this, who will?’”

When Sherwan first came to USI, she was more focused on women in sex trafficking and prostitution. However, after visiting the shelter for women who had escaped honor killing, Sherwan’s passions shifted.

“These women who have escaped honor killing are in this shelter that is basically like a prison in order to protect them,” Sherwan said. “They can’t leave, they can’t go outside, and they have no educational materials. I saw the situation that they were in, and I felt obligated to do something. I couldn’t just wait for the government to do something. I had to act.”

While Sherwan doesn’t think it is impossible that the government will get involved in the social issue, she understands it will be a while before it is taken seriously.

“Honor killing has been illegal for 15-20 years, but it is not being implemented or enforced,” Sherwan said. “If you went on the news and talked about the issue of honor killing, no one would even care because Iraq has been in a crisis period. Issues such as honor killing have long been neglected, and so I just thought, ‘Let’s do something about that.’”

“They really loved making the jewelry,” Sherwan said. “I don’t know why we didn’t think of this before. They are just thinking about something else for a little while, and when you learn a new skill a little bit of self-confidence is gained.” 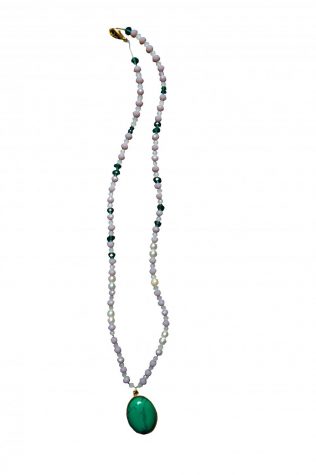 Photo Courtesy of Shan SherwanEducate to Empower, the program created by Shan Sherwan through the Iraqi Young Leaders project, teaches women how to make jewelry, like the necklace shown above. The jewelry is intended to help the women gain a source of income.

Sherwan said so much of what the project focuses on is teaching women social language.

“These women could so easily fall into talking about the threat of their families or the horror they have gone through,” Sherwan said. “Instead, they talk about what beads go well on this necklace or what two colors go best together. When these women saw the beads, they were so happy.”

While Sherwan focuses on helping women in dire situations, she has her own trials to face.

“It’s a scary position I am putting myself in,” Sherwan said. “But the women I am helping are living that fear and living that threat every day. If just putting some beads on a string makes them forget that for just a little bit, then yeah, it’s worth it.”

Heidi Gregori-Gahan, Assistant Provost for International Programs and Services, met Sherwan when she came to USI in 2010.

“I remember so clearly she started crying, telling me about what she wanted to do with her life, by helping the women in her country,” Gregori-Gahan said. “I could tell there was a great deal of pain but also a passion for making the world a better place.”

Gregori-Gahan said from that moment, Sherwan became the inspiration for the first global leadership workshop ever created for international women.

“It moved me so much and I realized that women don’t have a chance to learn how to be leaders, even in the US, it’s not like we have it figured out,” Gregori-Gahan said. “So when I saw that in her I knew we needed a time for just women to come and be together, to share stories and talk about their passions and goals.”

Sherwan came back to USI in early October to collaborate with Gregori-Gahan and other members of university faculty about a potential market to sell the jewelry the women in Iraq make. It was the first time Gregori-Gahan had seen her since she went back to Iraq in 2015.

Gregori-Gahan said she admires Sherwan so much.

“She has become such a force in the world,” Gregori-Gahan said. “I know that no matter where she ends up, whether in Iraq or the States or wherever else, that she will fulfill those dreams she came here with so many years ago. I know she will be working to make the world a better place, however that looks.”