Pence’s niece to present on experiences with campaign 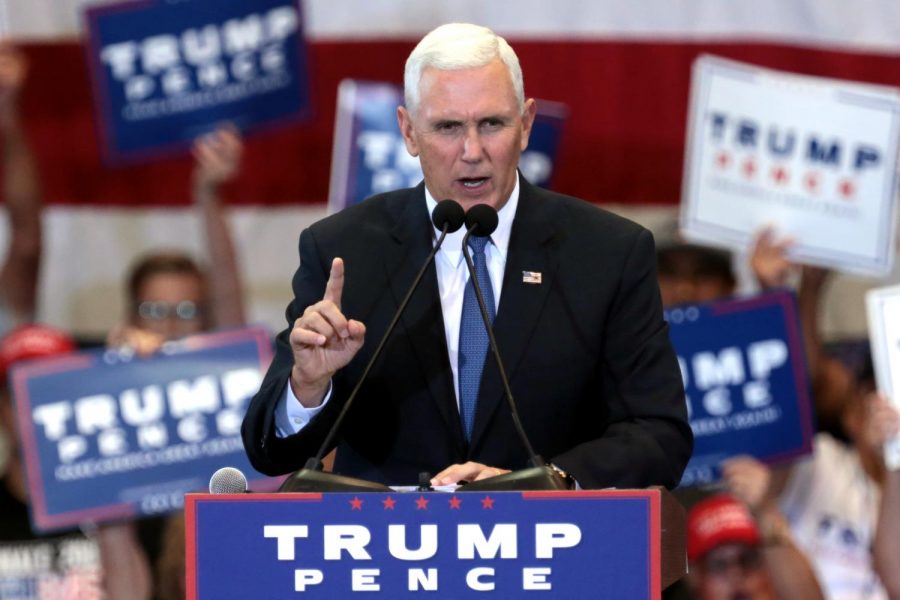 The first thing Grace Poynter’s uncle tells her when he sees her is that boys are evil.

Poynter, the niece of Vice President Mike Pence, will give a presentation about her experiences on Pence’s campaigns for congress, governor and vice president as well as events like ball dances and debates Oct. 24 at 6:00 p.m. in Mitchell Auditorium.

Poynter said Pence was originally going to skype in and answer questions from the audience but won’t be able to because of a scheduling conflict. Instead, Poynter said she is working on getting the Vice President to record a video message addressing the students.

“Seeing my uncle work and do what he does has influenced me so incredibly much,” the sophomore Political Science major said. “My interest and love for politics absolutely started with him.”

Poynter, who is also the president of the Political Science Society said nearly everyone in her family has a political affiliation. Her parents met while working on Ronald Reagan’s campaign and her father and brother are both political science majors. Her mother (and Pence’s sister) acts as an intermediary between the Office of the Vice President and events the Pence family does in public.

She was the first sibling when to work on his campaign when he was running for congress.

“I’ve had to jump on a plane before go out to Washington and help my mom with a lot of stuff,” It’s very family driven,” Poynter said. “We rely on each other for just about everything in and out of politics.”

Poynter said she campaigned with her uncle for a month last year traveling to states like Pennsylvania, Wisconsin, Missouri and North Carolina.

She said she is debating whether to go to graduate school or law school. Her uncle said he failed the LSAT twice before he got accepted into law school and continuously supports her and gives her advice.

“He has probably given me the best advice I have ever gotten,” she said. “To me, he is just an uncle, but then I remember ‘oh yeah, he is the Vice President.’”

Poynter said other members of her family will attend her presentation and answer questions that students have.

She said she will be doing a similar program to the Evansville Rotary Club in January.

She said the motorcades that she traveled on when she was campaigning with her uncle were some of the craziest experiences in her life.

“We were in Pittsburgh on a game day and we were going down this major highway and there wasn’t a single car on the whole other side of the highway that we were on,” she said. “As you kept going each exit was blocked off by a police officer and there were probably miles of cars backed up.”

She said that it has been difficult to separate her uncle from politics, but understands it is part of who they are.

“Politics runs our family so you can never have an event where we are not talking about politics,” Poynter said. “On the campaign trail people learned my name and they would shout out ‘we hate you, we hate your family’ so at first, it was really hard to hear it. You just have to learn to accept the fact that someone is not going to agree with you and you just have to respect that.”