Taking a knee is a constitutional right 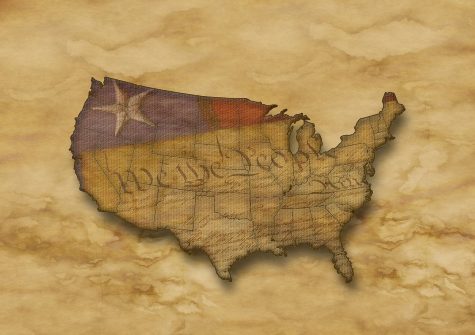 One of the best things about living in the United States of America is that we all have the right to peaceably assemble and to petition our own government, with the protection of our Constitution and the First Amendment.

Even if one disagrees with the Take a Knee movement, with the opinion that it is disrespectful to our flag, our anthem and our military veterans, – that method of peaceful protest is still protected speech!

Incidences of these demonstrations had been fairly isolated, until President Trump called out these athletes, mostly minorities, calling them “sons of bitches,” who “need to be fired.”

He alone reignited the debate, and exacerbated the divide which was already present about taking a knee. He turned this into something it was not – another protest against Trump.

The movement began over a year ago when former San Francisco 49ers’ quarterback Colin Kaepernick was seen sitting during the National Anthem before a game, once out and once in uniform.

He wanted to bring attention to police brutality and other types of oppression toward blacks and other minorities.

But, do we all understand where the idea to kneel began?

It all began when a fellow NFL football player suggested it. A white guy, a U.S. Army veteran and former Green Beret – that is who inspired Kaepernick to transform his protest into what it is today.

They are, more than likely, grateful that they fight to protect American citizens and our way of life.

Whether you agree or not, they also fight to protect the rights of these athletes to kneel, bow their heads, raise a fist or lock arms during the playing of the National Anthem prior to a game.

I personally will continue to stand, but I respect the rights of others’ to make the conscious decision to observe the anthem in any way they choose.

My only hope is that they are taking part in protest for its intended purpose, and not because our president provoked them into it.