COLUMN: What’s the point of the NCAA? 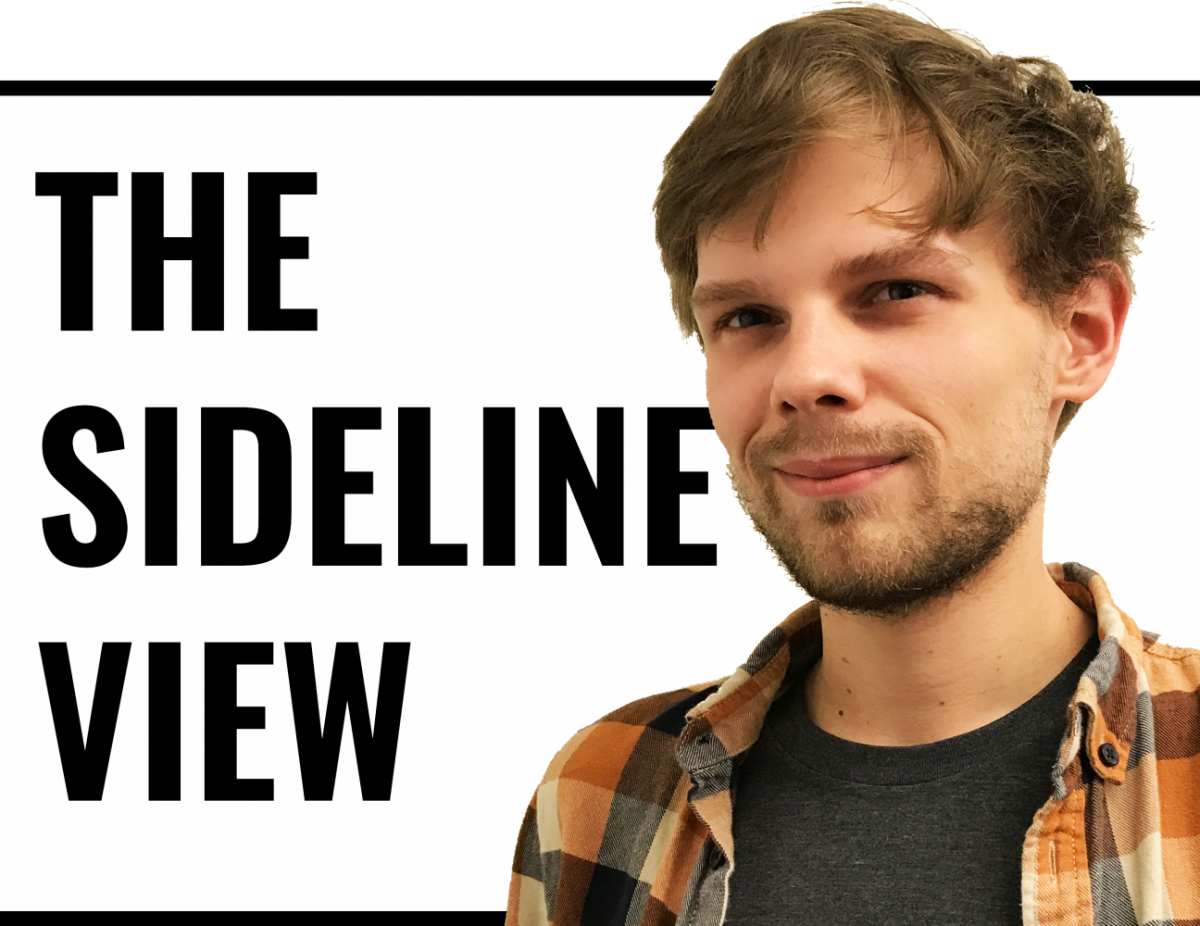 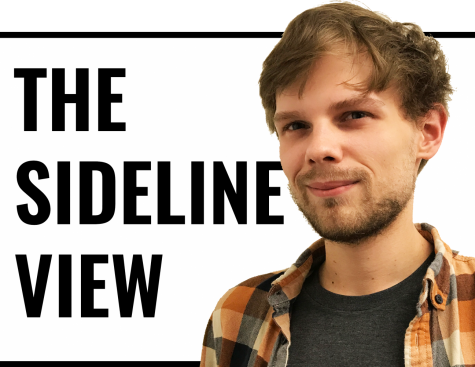 The FBI brought to light last Tuesday a two-year long investigation that has all the makings of a stellar true crime film. There’s bribery, fraud, corruption and an apparel company.

This was no sting to nab a drug lord who had been smuggling cocaine from Nicaragua to New Jersey. Instead, this sting involved one of America’s pastimes, college basketball, and a “pay-for-play” scandal.

Maybe it doesn’t have mobsters, but that doesn’t make it any less of a story worthy of the big screen. It still has coaches accepting bribes, an Adidas executive funneling money to the families of big-time potential recruits and an indictment.

It’s unfortunate a movie with a similar plot already exists, so this will have to be a remake of sorts.

“Blue Chips” came out in ‘94 and starred Nick Nolte as Pete Bell, the tough, do anything, win-at-all-costs coach who finds himself in a jam after multiple losing seasons at the imaginary Western University in Los Angeles. After some convincing by a school booster named “Happy” (not a great name choice) Bell, who’s incredibly desperate for a win, decides the only way to land top recruits (i.e. “blue-chip” players) is to pay them.

The reviews for the movies were not-so-stellar, and it put Paramount $12 million in the hole, but it deserves another chance. That’s why Hollywood needs to start working right away on a script while it’s still timely. It’s been over 20 years since the original came out. That’s more than enough time to justify a remake, and this time the movie will include the “based on a true story” tag that viewers love so much. It’s a guaranteed win.

It’s basically “Glory Road,” but instead of Don Haskins working hard to break the color barrier that existed in college sports in the south during the ‘60s, it’ll depict a coach showing up to a potential recruits house with a bag of money and a contract to sign with a shoe company.

Multiple Division I teams were affected in the FBI investigation: Arizona, Auburn, Louisville, Oklahoma State and Southern California, and if the investigation continues, many more will come.

For the sake of a good movie, Louisville should be the focus, because so far, only one high profile coach, Rick Pitino, looks likely to be fired. Pitino will be played by Tom Cruise (CGI should make him look 6’0’’).

Coincidentally, Pitino made a cameo in “Blue Chips,” and in a few years, hopefully, he’ll have his very own version of the movie, but it won’t be fictional, it will be autobiographical.

The indictment brought forth by the acting district attorney for the Southern District of New York  details how “at the request of at least one coach from University-6 (believed to be Louisville),” those listed as defendants in the case “agreed to funnel $100,000 (payable in four installments) from Company-1 to the family of Player-10. Shortly after, the agreement with the family of Player-10 was reached in late May and early June, Player-10 publicly committed to University-6).”

To sum up, Adidas (Company-1) agreed to pay Brian Bowen (Player-10), the #14 recruit in the ESPN Top 100 Class of 2017, $100,000 on the behalf of Louisville (University-6) to commit to UL instead of Arizona, Michigan State, DePaul, Creighton, North Carolina State, Texas or UCLA. This was done to persuade Bowen, when he turns pro, to sign with Adidas.

Four Division I assistant coaches and the global marketing director for Adidas basketball have been arrested.

It’s insane, the mask was finally torn off of college basketball, but this isn’t new news. Coaches have been willing to pay high school players for their services since at least 1957 when Jackie Moreland of Minden High School in Louisiana made it clear to those recruiting him he wanted cash and those Division I coaches were willing to pay.

Luckily, USI is in the safe haven of Division II and completely removed from scandals.

It’s not like anything bad or impure would ever happen here.

This happened after then-head coach, Rick Herdes, was chased out of USI with a baseball bat in May 2009 for what USI’s longtime athletic director, Jon Mark Hall, called “irregularities.”

Hall told reporters at the press conference after the ouster in ‘09, USI discovered “information that was concerning” after an internal review.

That’s on the former assistant coach. Herdes wasn’t free of infractions because he instructed a second assistant coach to provide impermissible transportation to a recruit and because there was a lack of institutional control under his watch.

Herdes and his assistant coaches Tyson Schnitker and Aaron Brothers straddling the line between proper and improper also led to the NCAA placing USI on a one-year probation and fining the university $2,500. The Great Lakes Valley Conference placed USI on a one-year postseason ban in the conference tournament as well. All of this information is well documented online.

The thing is, Herdes, much like Pitino at Louisville, was no scrub as head coach of the Screaming Eagles.

Oddly enough, the man he took over for, and who he was an assistant coach under, was also pretty good at coaching while at USI and just as allergic to following the NCAA’s rules.

That certain ex-USI head coach got busted at Tennessee for NCAA violations, and he coaches at one of the DI schools that the FBI nabbed last week.

It’s none other than Bruce Pearl. The same man Pearl Drive is named after. Pearl coached at USI from ‘92-01. He led the Screaming Eagles to the ‘94-95 Division II championship and posted a 231-46 record in that span.

Before Pearl left for Wisconsin-Milwaukee, he wasn’t involved in any public scandal(s) while coaching at USI. That happened later.

The point is, if Division II schools like USI aren’t safe from duplicitous head and assistant coaches, then who is? DII is certainly not DI. There’s very little money in it, and yet Herdes and his assistant coaches Schnitker and Brothers proved that DII coaches are willing to do whatever it takes to win, just like Pitino at Louisville and Pearl at Tennessee and Auburn.

What purpose does the posturing from the NCAA serve? If they aren’t going to be serious in their efforts to police universities, why have all the rules? Mike Krzyzewski, the all-time winningest head coach in Division I men’s basketball history, and the head coach of the Duke University men’s basketball team echoed that same sentiment this week. He asked for the NCAA, the NBA and the shoe companies to come together and fix it because as he said: “we don’t have a good model, a model that fits what’s happening in basketball, so college basketball’s going to have problems.”

Again, the NCAA didn’t even run point on the investigation into Herdes activities. It was USI self-reporting what they found. Just like with the FBI investigation, the NCAA found out after the fact.

What good is a governing body if they aren’t going to govern? Let the coaches do whatever they want. If that includes paying players or providing them with impermissible transportation, so be it. Let them have mob rule. The indictments already look like something from a RICO case anyway. The purity of college sports is an illusion, nothing more than a mirage in the desert of fanaticism. If instead fans just acknowledge that coaches and boosters give things to players, wouldn’t everybody feel better? Acting like something doesn’t happen won’t somehow make it not happen.