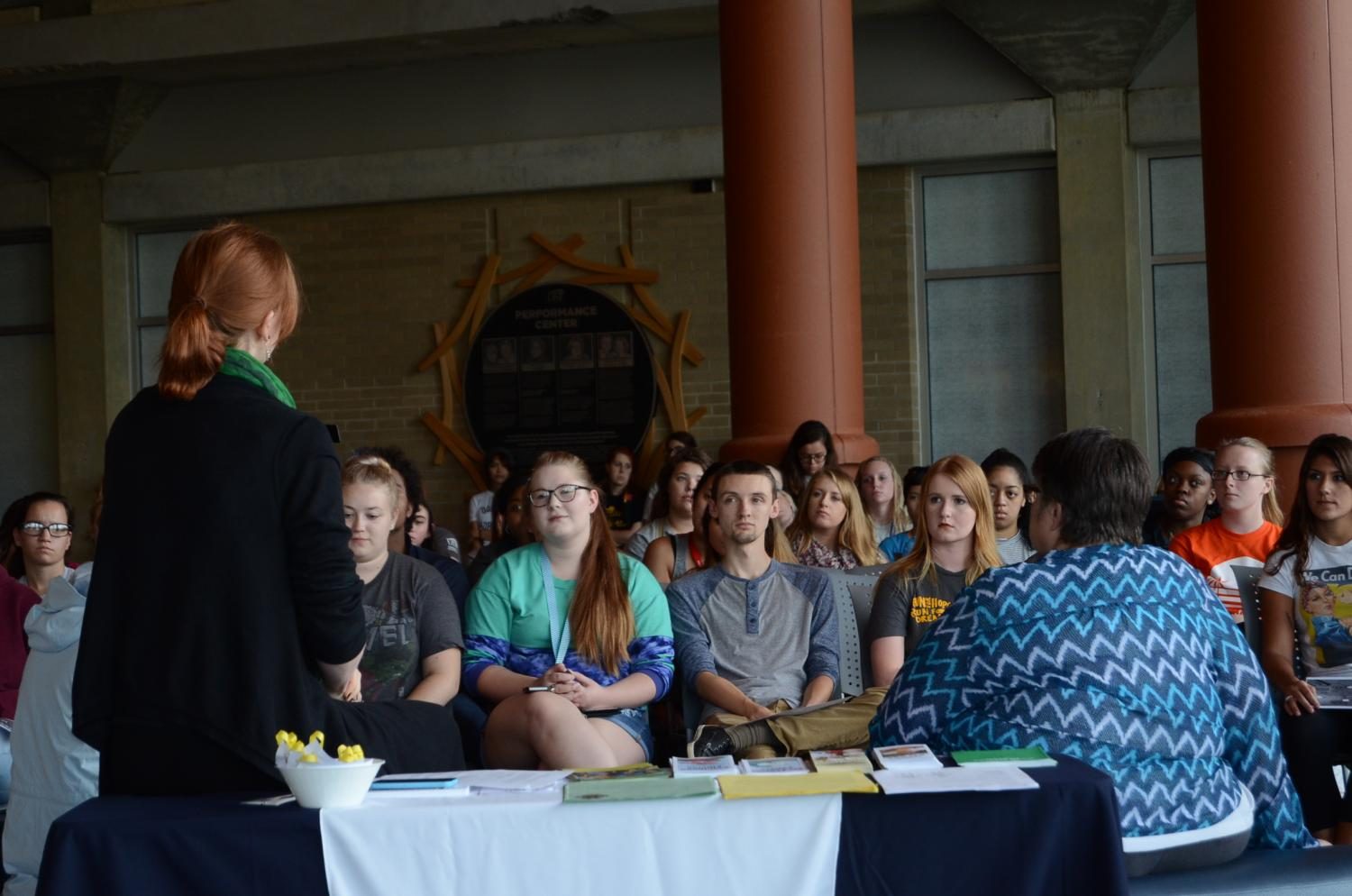 Stephanie Cunningham, senior staff psychologist – outreach and training coordinator for the counseling center worked with the RFWC and the DOSO to put on the event “13 Reasons Why Suicide is Not the Answer” for National Suicide Prevention Week. Cunningham said she only expected about four or five students to come and was shocked to see they ran out of seating. “What it boils down to is positive outlook, we all have a part to play with suicide prevention. Take a minute to save a life. That’s the fundamental that it all boils down to; that’s really all it takes to make a difference.”

In light of suicide awareness month, the Counseling Center, the Dean of Students Office and the Recreation, Fitness and Wellness Center partnered to host a panel discussion on the recently released Netflix series “13 Reasons Why.” The panel, titled “13 Reasons Why Suicide is Not the Answer,” generated conversation over the controversial series and how students should respond to such a sensitive subject.

More than 60 students squeezed into the performance center lobby to share their experiences and reactions to the show Tuesday afternoon.

“Not only do I have a connection to this topic because of my sister, but I actually lost a friend to suicide just last month,” Iron Rope said. “I knew this would be a safe place to discuss the things I have been feeling with people who understand and probably have similar experiences.”

The panel discussion addressed key issues such as the way the show handled the sensitive scenes, as well as the messages the show will send young adults. The response from the audience was split: some thought the show did a good job of covering the subject of suicide, while others were less than impressed.

“My sister has actually asked me not to watch the show at home,” Iron Rope said. “She has told me she thinks the show is overall inaccurate in how it represents the problems, and the way they chose to portray the situations in the show was not done in the best way.”

“I think it is very dangerous the way the show made it seem as if the main character was getting revenge on the people who had hurt her,” Iron Rope said. “I don’t think her actions should be justified because of her peers. It is our duty as people to treat others with love and respect, but even if we are not, it is not an excuse to take away any chance of getting better.” 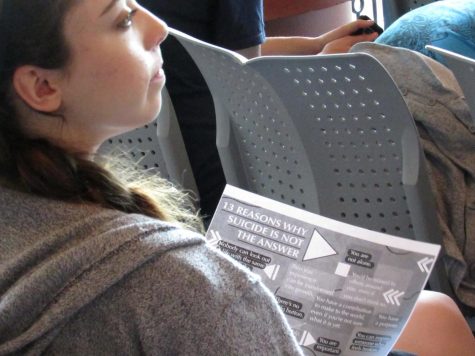 Iron Rope said she was glad the event was set up as a discussion panel.

“No two people are going to experience the situations portrayed in the show the same way,” Iron Rope said. “This show has ignited a flame in people to these issues, and I think that is a good thing. Even if it is not the way we handled something, that is someone else’s experience, and this show made it clear that these issues are real and prevalent.”

Iron Rope said those with mental illnesses were excluded from the message of the show.

“I think it is stupid and irresponsible the show didn’t include any mental illnesses as part of the reason for the suicide,” Iron Rope said. “Like (Berry) said during the discussion, 90% of suicides are linked with depression, anxiety and other mental disorders. You aren’t helping the problem if you aren’t identifying the root issues.”

Laurie Berry said the entire month of September has been dedicated to events focusing on suicide awareness and prevention.

The assistant dean said she came up with the idea of talking about “13 Reasons Why” as a topic of discussion.

“Suicide is a taboo subject,” Berry said. “If students were told to come and just talk about their own personal lives they might not have shown up. Students are comfortable talking about something objective like a movie, but they can relate it in a way that also addresses the real-life situations people experience.”

Berry also said the show is problematic for young adults.

“The adults in the show were shown as extremely unhelpful,” Berry said. “The counselor was distracted and didn’t ask key questions, and the parents, despite being loving and caring, were not even thought of as a resource. This is teaching young adults that reaching out is pointless because nobody will understand anyway.”

Berry said she has become more aware of her own actions because of the show.

“I need to be aware and cognizant I am not distracted and careless when I am speaking with students,” Berry said. “I want to go in a solve an issue, but sometimes students just need someone to stop and listen to them, and I need to make sure I am that listening ear.”