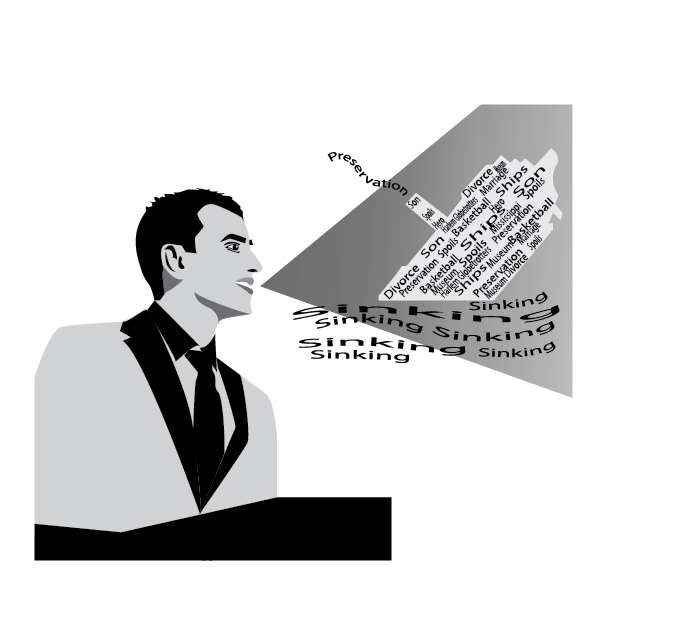 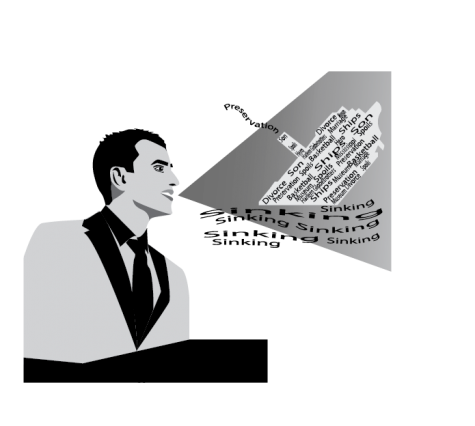 More than 70 students and faculty squeezed into the McCutchan Art Center/Pace Gallery to listen to fiction stories Thursday evening.

The sardine-packed audience listened with rapt attention, careful not to breathe too loudly. A silence so loud it was almost deafening hung over the room as Casey Pycior began reading from his book, “The Spoils: Stories.”

The newly hired Assistant Professor of English began writing his stories in 2012 and published his work in 2017.  “I wrote one (spoils) first to see what would happen and then another and another, framing it all together at the end.”

The stories are written in first person with mid-western settings and historical backgrounds.

“Preservation” was based off ships sunken in the Mississippi and the museum that honored the vessels.  It corresponds with a man telling the story of his marriage as it began to fail.

“Spoils” was based off the opponents of the famous Harlem Globetrotters, the Generals, and the struggle of one team member trying to decide between following the ‘script’ or making his own moves.  In the end, his decision affects the whole team and proving being a winner doesn’t mean the world will agree.

“I began to think about how bad it must feel to be the Generals,” Pycior said. “I began to wonder what if I was on the Generals team. My wife was pregnant at the time, and so I began wondering what it would be like to have a family and have to explain to my son why I always lost every game.”

Pycior said most of his stories come together in pieces.

“I don’t have a plan when I start,” Pycior said. “I don’t usually start with some sort of inspiration. The stories form themselves.”

“You don’t have the opportunity to hear the author speak their own writing aloud very often,” Pycior said. “But when you do, you hear it exactly how they intended it to be read. You hear the voice inflections exactly where they wanted them, and in the exact tone of voice they wanted it read in.”

Pycior said he appreciates feedback on his writing.

“People always ask me if hearing audiences’ thoughts makes me wish I had written my work a different way. When my book was peer-reviewed the guy told me I should focus on a smaller issue,” Pycior. “While I liked what he said, that wasn’t what my story was about. So, no, my stories are my stories. I don’t regret the way I wrote them. Hearing what people say only gives me inspiration for future stories.”

Opening the floor up for questions, an arm shot up as an audience member asked Pycior what he hopes the audience walks away with. Pycior laughed. “That’s a good question,” he said.

“I think the point of all art is to inspire art,” Pycior said. “I want my audience to leave here having felt something. To write something that moves someone is always the goal.”

“My favorite piece was the one about the Globetrotters,” Feda said. “It has such a great story and captivating characters. It’s this beautiful story of a man who wants to be a hero, but ends up being a villain in the eyes of everyone else. I think everyone can relate to wanting to stand out, and it turns out it wasn’t in the best interest of the group as a whole.”

“When I read, I do it quickly and I often skip over lines and words,” Feda said. “Having the author speak it out loud not only gives you a greater connection to the piece and the author, but it forces you to slow down and hear it fully, maybe for the first time. You hear the words in a completely different light.”

Associate Professor of English Susanna Hoesness-Krupsaw was not familiar with her colleagues work but found the event enjoyable.

“The first reading’s theme ties all the parts together-unlike their marriage,” Hoesness-Krupsaw said. “The first-person narrator made it contemporary and tangible.  It had a mid-western feel and that shares with our experience here.”