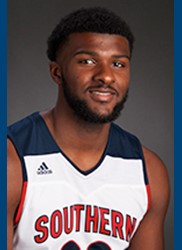 Emmanuel Little, a university freshman and USI basketball player, was shot twice at a house party on the north side of Indianapolis just past midnight Saturday morning, according to a police report.

“Blessed to be alive rn that could’ve went all different kinds of ways I appreciate all the support man I love you guys,” Little tweeted at his profile, @E_mannnnnnn, about nine hours after the incident.

Little was at the house party when several people attempted to enter without paying a cover charge, the police report states. Little tried to escort the unknown suspect out of the residence, but the suspect shot Little in the right arm and the right side of Little’s abdomen.

Little then ran to a different residence to call for help. He was transported to St. Vincent Hospital for his injuries, the police report states.

Little graduated last year from North Central High School in Indianapolis, and will attend the university this fall.

“The University of Southern Indiana has been informed that incoming freshmen basketball player Emmanuel Little sustained non-life threatening injuries near his home in Indianapolis,” the USI Athletic Communications department said in a written statement on Sunday. “With the current details available, we are hopeful for a full recovery.”

The Shield reached out to Little and has not yet received a response.