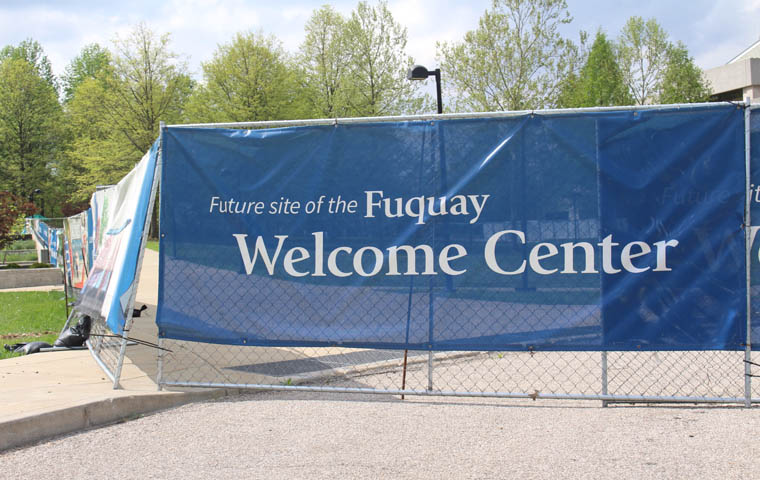 Construction for the Fuquay Welcome Center will be further delayed after bids continue to run overbudget.

“We have been using a construction firm to give us a pre-look at what they thought it might cost,” Vice President for Finance and Administration Steve Bridges said. “We would like to be successful when we send it back out for bids.”

Bridges said the bids are currently over budget by $300,000, and original bids were much higher.

“I’m hoping we will be able to resolve that and get a project started pretty soon,” he said.

DKGR Architects, an Indianapolis firm, drafted the original plans for the Welcome Center, but changed some of the exterior materials and interior finishes to cut some of the expenses.

Funds for the Welcome Center total to $2.5 million, with $2 million in donations from the Fuquay family and $500,000 from Old National Bank, with no state funding. No additional funding is expected, and Bridges said that is why they are working so hard with the existing budget.

Bridges said construction companies have been unwilling to bid on a small project like the Welcome Center with other big money construction projects available like the Indiana University School of Medicine and the Hyatt Place hotel.

“It’s a bid of the market,” he said. “Construction is booming in Evansville and there are a lot of people who are fully employed and this is a smaller dollar amount project, and for them to commit their resources there, they are hoping for it to be a little bit higher.”

Bridges said the university has tried to see if Empire Contractors, who are working on Phase I construction of the Physical Activities Center (PAC), will bid on the Welcome Center.

Bridges said he is hoping the Board of Trustees  will approve a bid soon, and he expects construction to start by the end of the summer or beginning of fall. He said the construction timeline will go unchanged and is still expected to take 12-15 months.

“Had we known how long it would have taken, we would have held putting it up to begin with,” he said.

There will not be a second groundbreaking, and Bridges said construction will start as soon as a bid is accepted.

“When it’s unsuccessful, we usually go back to the drawing board and don’t dwell too much on what came in,” he said. “We try to fix the dollar amount to determine what adjustment we need to make for a successful bid.”