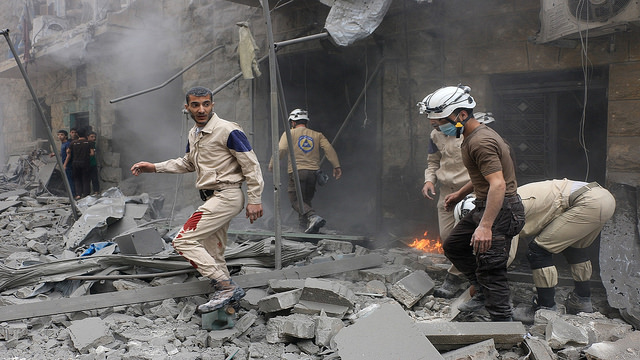 Earlier this week, there was been a lot of bomb dropping on fellow states around the world, particularly Syria and Afghanistan.

It’s no secret that the Middle East has been a topic of conversation the past year, but recently things have been getting rough.

Although it seems like the Middle East and states around the world have been in constant battles with each other, it always seems like there needs to be a mediator or someone who brings comfort and peace between allies, especially before things get bad.

Vice President Pence recently announced that he is making a 10 day trip around the globe visiting American allies and deployed soldiers.

The reason behind this sudden tour is to make our allies feel safe while North Korea’s nuclear threats become more and more evident.

Especially since the U.S. has fired, not one, but two bombs in the last two weeks.

Personally, I think this move on the behalf of the United States is a fantastic one.

We need strong alliances with states around the world, now more than ever, to show those who threaten us our strength in alliances.

I feel if the state has strong allies, then the state will never lose.

North Korea, four months into the year, has been causing multiple problems and threatening to use its nuclear missiles.

The first stop on the vice president’s stop is South Korea, visiting the American and South Korean troops to bring a little piece of home and show support.

This is called the “Reassurance Tour” to provide the deep breath the United States could use right about now.

Finally, a kind-spirited state shows support instead of its strength.