The winter that never happened 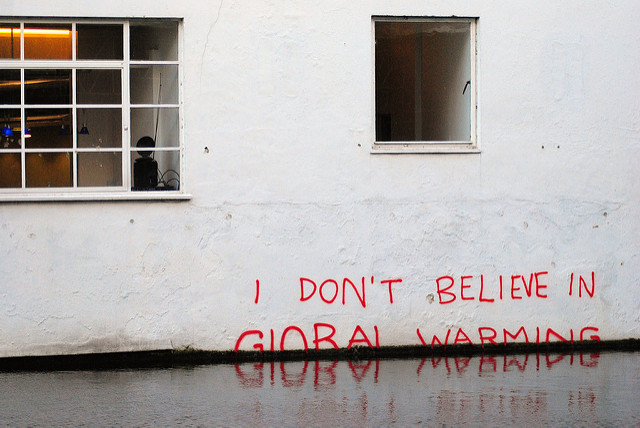 Campus has officially been decorated for SpringFest.

Hammocks have invaded the grassy areas, students have reclaimed the outdoor picnic tables, and guys in shorts can finally stop pretending they aren’t cold.

Normally I understand the excitement of spring–winter is the spawn of Satan. Generally winter lasts the majority of the school year, and students forget what sunshine feels like. Spring jumps in right at the end of the year, attempting to make up for its lack of presence during the academic year.

I say generally because this year was different.

Different because winter never showed up. Why? Because global warming showed up instead (spoiler alert, it’s been here for a while).

Global warming is the gradual increase in Earth’s temperatures as a result of pollution.

Students walked around mid-January wearing shorts, and winter gear was packed up after a couple of half-hearted attempts to get into the Christmas spirit.

For the wise guy that inevitably asks, “If global warming exists, why is it cold outside?” global warming also causes extreme weather conditions. Yes, this means extreme winters as well as extreme summers.

The effects of the pollution have led to swelling of oceans, eroding coastlines and causing residents from Louisiana, New York, Alaska, all the way to Thailand, Brazil, and Australia to relocate.

For residents of Sahel, the region located in Africa, currently suffering from drought and famine, the climate change is even more damaging. Located south of the Sahara Desert, Sahel is already hot and arid. Adding climate change to the mix makes it harder for residents to grow reliable crops, find enough water, work, and raise a family.

Places like Sahel are on the fast track to even greater poverty.

What does it mean when we have hardly seen a flake of snow in southern Indiana, and our current president refuses to even speak the words “climate change?”

What does it mean when his big push for fossil fuels in the United States is about American industrialization and not the effects those fuels will have on the environment?

It means the environment will continue to be trampled underfoot of an administration that considers political leverage more important than taking care of the only Earth we have.

There is no reset, rewind or redo button. If there was, it would have been pressed long ago.

Stop being indifferent to the harm inflicted on our environment. You aren’t going to think it’s a bunch of tree-hugger crap when you have no clean water to drink and no clean air to breathe.

It’s not going to just be other countries suffering for much longer.

There’s this idea that only liberals care about the environment, but the condition of our home is not a partisan issue.

So, as you enjoy the winter that never happened, I encourage you to think about what the implications of that really are. Mother Earth is suffering; it’s time we helped her out.