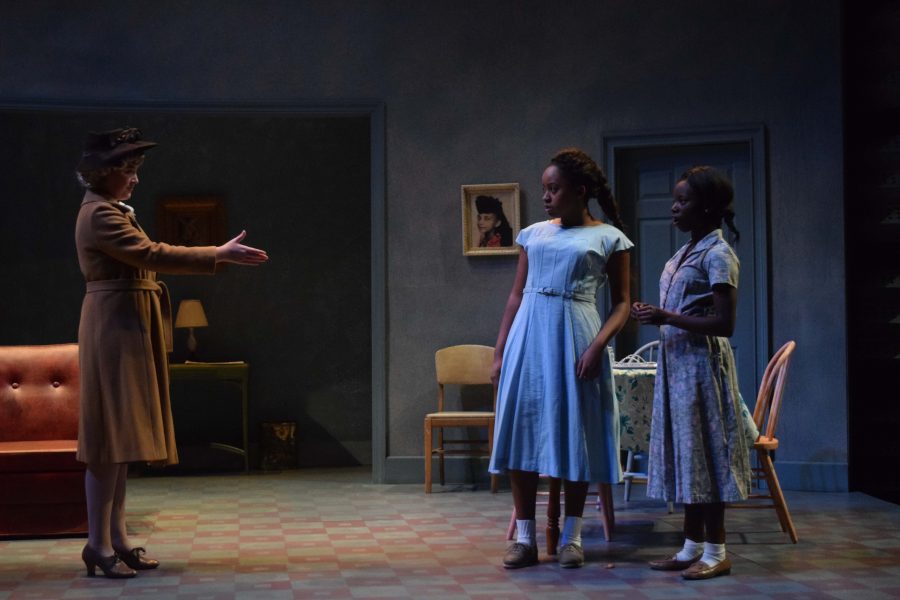 Through a coming-of-age narrative and passionate performances, “Crumbs from the Table of Joy” felt genuine.

The story of “Crumbs” follows teenager Ernestine Crump (Jesmelia Williams) and her family as they navigate Brooklyn as an African-American family in the 1950s. As Ernestine grows, Williams portrays her progression beautifully. There was a distinguishable moment within the play when Ernestine’s spirit broke free, and Williams gave it her all.

Another standout performance came from Kenyana Trambles playing Ernestine’s Aunt Lily. Trambles was confident, strong and present as the self-aware Lily, and she infused every line with life. To be quite frank, the play was a little dull before Aunt Lily made her appearance halfway into the first act, a testament to the energy Trambles brought with her entrance.

The performance wasn’t flawless. There were little quirks such as awkward line delivery and several dropped objects, but somehow, those imperfections contributed to sympathy I had for the characters as they went through life’s difficulties.

Gerte (Hannah Michelle) provided an interesting contrast as a German woman who marries Ernestine’s father. She kept a consistent accent throughout the performance, and while lively and perky most of the time, Michelle provided an emotional and heartfelt performance as the family struggles to accept her character.

The play tells an important story of a minority family dealing with race relations while also dealing with its own inner turmoils. “Crumbs from the Table of Joy” gracefully addresses relevant issues with believable performances from the five-person cast. The viewing was most definitely worthwhile.