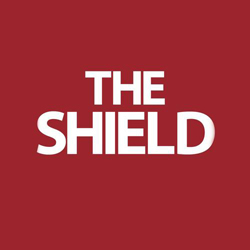 The men’s basketball team finished out its first game of the Small College Basketball Hall of Fame Classic with a 108-94 win over Florida Southern.

The team was lead by double-figure performances from Jeril Taylor (30), Julius Rajala (23) and Alex Stein (17).

With his 23 point game, Rajala earned his third-straight double-figure finish.

“Offense right now is pretty easy,” the junior forward said. “Guys are finding me. I don’t really have to take a dribble or anything.”

The team had 17 assists in total.

Rajala said the lift from the bench, which added 26 points, was huge.

“You can sit there and actually catch a breath for a minute,” he said.

Assistant coach Kevin Gant said especially in a back-to-back game situation the team has to have players who can come off the bench and give the team a lift.

“You can’t play guys 30-35 minutes and expect them to be able to come out and play the next night,” he said. “Our bench did a really good job and they need to continue that down the stretch.”

Gant said the pace of the game was a tricky thing to say was favorable or unfavorable for the team, but he thought the offense did a good job.

“Tonight (the pace) went in our favor,” he said.

The Eagles held a 23-point lead over the Mocassins early in the second half, but the team was able to chip away at it some as the half continued.

Gant said Florida Southern being able to put some points up on the board came with playing fast.

“We have to do a better job and stop fouling,” he said. “They got a lot of baskets with the clock stopped.”

Gant said if the team can limit its turnovers and keep Kentucky Wesleyan’s defense in check there is a good chance it can come away with a win.

“This is a big-time rivalry,” Gant said. “It’s going to be a very high-intensity game.