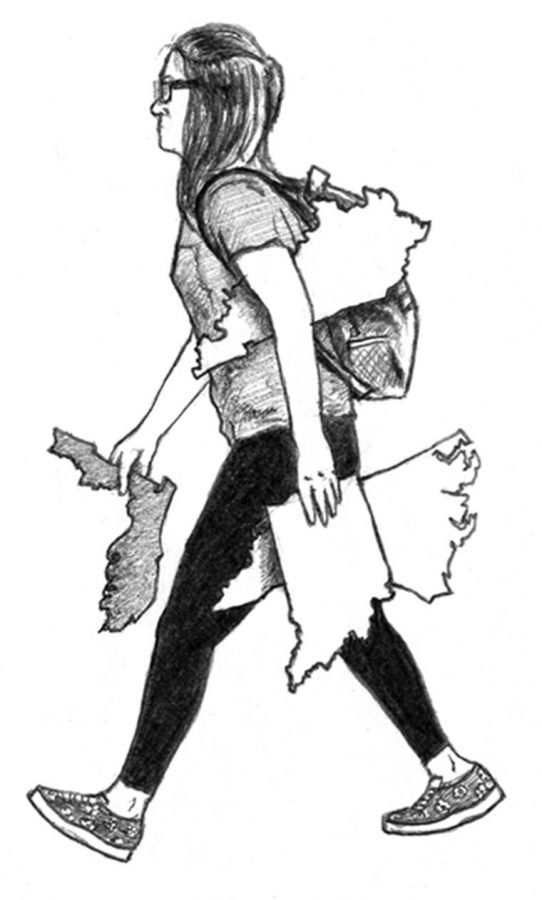 For me, home is where my family and animals are.

My journey started 19 years ago in Fort Pierce, Florida where I spent the first two years of life. From there I moved to Okeechobee, Florida,  Clayton, Georgia, Logansport, Indiana, Sylva, North Carolina and when I was 14 I moved to my current “home” in Henderson, Kentucky.

Moving was never an option, it was simply a way of life and until this year I moved every three to four years.

When the four-year mark would come around I would jokingly say to my parents “Is it time to move yet? It feels weird to stay in one place.”

As a child moving around so much put me through a whirlwind of emotions, I was happy in some cases but mostly scared. I would have to change schools sometimes in the middle of a school year and start completely over.

I would contemplate becoming a brand new person every time I moved, like you see in some movies.

But I knew no matter what I did, I  was always the new kid.

I would see people who would point to their best friend and be able to say “I’ve been by their side since elementary school.”

I longed for that because when you attend three different elementary schools the opportunity doesn’t really exist.

Moving all the time was never easy, but it’s also something I would never change.

I firmly believe that I wouldn’t want to be a photojournalist without these experiences.

Every time we moved it was fascinating to me to talk to new people, new friends and see how they differ from state to state. I was learning about different people’s stories from such a young age, that I began to love it.

Today, I have no problem going up to someone and just talking. After years of practice, I would say I’m getting pretty good at it now.

However, I have always wanted to anchor myself to a city and make it my home. It’s always been hard to make friends when you know three years later you’re going to be saying a tearful goodbye.

But I learned that it wasn’t something that had to happen. Just because you move away it doesn’t mean all of the relationships you made are stuck across state lines.

It is possible to stay in touch.

Today, I have friends in multiple states and it’s great to go back to the town and see them on occasion.

But even though I’m old enough to make my own decision whether I move away or not, I think moving created an adventurous side to me and I would move again.

I want to travel.

Moving has helped me realize that in my profession I am going to have to move around and it’s not necessarily a negative experience.

It gives you the skills to adapt, to make friends and to accept change.

If you would’ve asked me when I was younger if I liked moving, I would’ve said “Are you kidding me? Of course not.”

But today I am grateful that it has made such an impact on my life.

I may have seven different “hometowns” but I also have had the chance to see different people, scenery and cultures.

Don’t be afraid to uproot yourself, because sometimes it’s just what you need to branch out.