Freshman and her mother ecstatic to experience campus 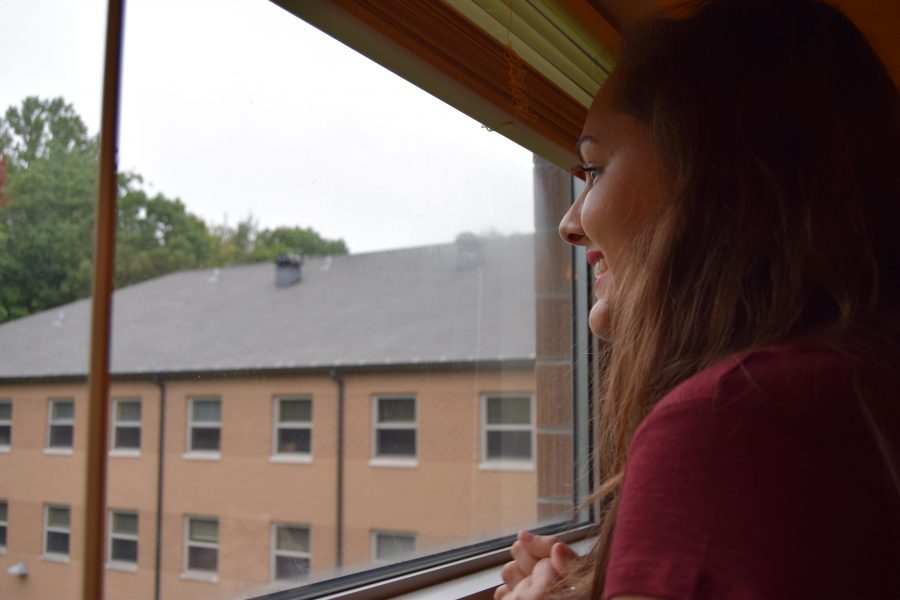 After unlocking her dorm room for the first time, Fredrick gazes out of her window in Governors Hall. “It’s my new backyard,” she said to her mother, pointing out how green the view is compared to California.

Light rain pattered the sidewalks as freshman Alicia Fredrick and her mother, Katherine, arrived on campus the evening of Aug. 16. The two were all smiles after a three-day road trip from California.

“Rain is good luck for our family,” Fredrick, a business major said. “It’s raining, but it’s so beautiful here.”

She said she picked a school so far mainly because tuition is expensive in California, but also because of class size, the business program and pictures she’d seen of campus.

As the pair unpacked Fredrick’s car for an early dorm move-in, Katherine said good things have happened to them when it rains.

The two grinned as Fredrick swiped her card and gained access to Governors Hall.

“This is so great,” Fredrick said as she looked at the decorations in her dorm hallway.

Katherine, a travel nurse, said she and her only daughter are incredibly close. She planned to catch an airplane to California two days later.

“(Being apart) will be very tumultuous at first,” Katherine said, “but I feel confident leaving her here.”

Unloading the car took only a few up-and-down trips and less than half an hour. The mother and daughter decided to go eat dinner and prepare for Fredrick’s orientation the next day.