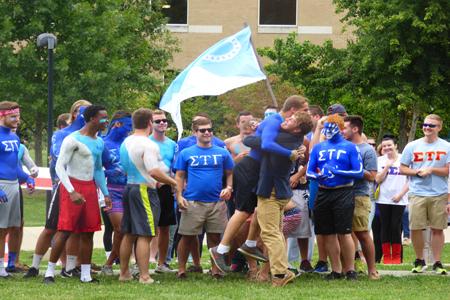 The brothers of Sigma Tau Gamma welcome a new member during Fraternity Bid Day at Rice Library Friday, during which 93 university men received bids from their new fraternity. 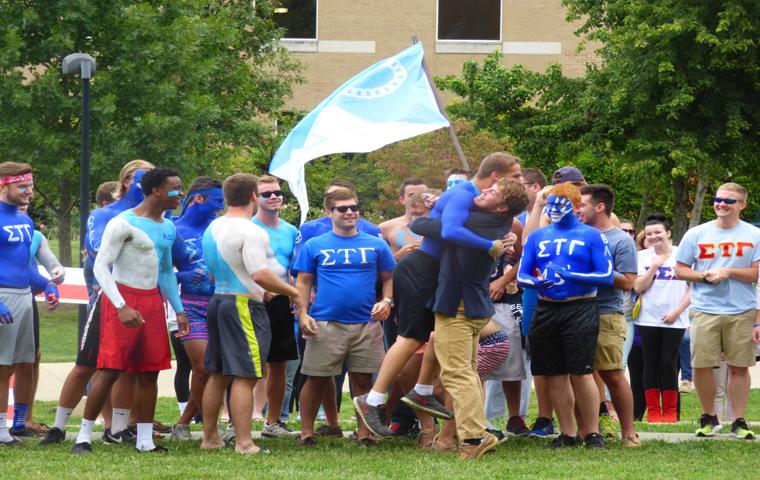 The brothers of Sigma Tau Gamma welcome a new member during Fraternity Bid Day at Rice Library Friday, during which 93 university men received bids from their new fraternity.

On the morning of Fraternity Bid Day, potential new members were put into rooms in the basement of Rice Library. They then received boxes containing  a bid from their new fraternity.

“This year we had a hybrid of formal and informal recruitment,” said Jordan Conaway, president of recruitment.

The process leading up to Bid Day started at the beginning of the school year, Conaway said.

“The first couple of weeks of school (potential recruits) had the ability to go around to each of the events held by the recruitment chairs in the chapters of all the fraternities,” Conaway said.

While the recruits received their bids, the fraternities waited outside Rice Library to greet new members with letters, flags and body paint.

Each pledge was then escorted individually out of the library by a Rho Sigma, a sorority member who temporarily gave up her letters to help keep the recruitment process unbiased.

The new pledges approached a microphone and stated their name, hometown and the fraternity they now belonged to, then ran to their new brothers.

“We’re an order, so we look for guys who have the same values and interests as us,” Gellinger said. “We build upon (those values) instead of breaking them down.”