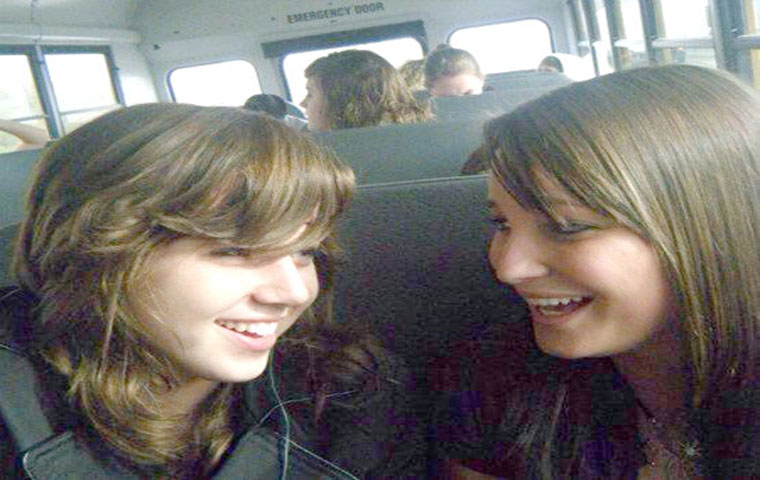 Megan and Emily Lengacher were second cousins and had been best friends since second grade. Emily, a senior exercise science major, died in a one-vehicle accident Aug. 29.

On a rainy afternoon, Megan Lengacher sat on the floor of her house Saturday with friends and family, looking at photos of Emily Lengacher, her second cousin and close friend.

“There’s some kind of comfort in it,” Megan said. “In seeing her smile and talking about her laugh. She had one of the most infectious giggles I’ve ever heard.”

Emily, a senior exercise science major, died Friday when the right rear tire of her vehicle blew out, causing her to lose control of the wheel on I-69, the Washington Times-Herald reported.

Emily was not wearing her seatbelt and was ejected from the car, the Times-Herald also reported. She was pronounced dead at the scene by the Pike County Coroner. She was 21.

Megan, a junior graphic design major, said the small, tight-knit community of Davies County was shocked by the news of Emily’s death. The entire area pulled together to offer support to the Lengacher family.

“No matter where we were, when we heard what happened, we all came home again,” Megan said. “This community just pulled together to remember her.”

Megan and Emily had been friends since the second grade and shared an apartment together their freshman year of college. Emily’s outgoing personality and upbeat outlook on life was inspiring to Megan.

“She got me out of my shell, and got me to try things I never would have done otherwise,” Megan said. “We had the same last name, so we were always associated with each other.”

As Megan and other friends of Emily’s sat around and looked at old photos of her, the girls felt like someone was missing.

“The hardest part is knowing the person you miss is the one you want here the most,” Megan said. “It just feels like she should be here, too.”

Many who were close to Emily said she made friends easily and loved to be around people. She was an active participant in different clubs and organizations on campus, including Chi Alpha.

Bridgette Graber was also a close friend of Emily’s. They went to the same schools together, attended the same church and were raised in the same community.

“She’s been a part of my life since we were babies,” Graber said. “It’s hard to accept the fact she’s gone.”

Both Graber and Megan said their faith — something they both shared with Emily — has played a big part in helping them grieve.

Rebekah Pierce waitressed with Emily for five years at Met’s Restaurant. The two met in high school, and Pierce said even when the two went to college – Emily to USI and Pierce to Vincennes University – they made an effort to stay in contact and meet up as often as possible.

“She was literally the happiest person I know,” Pierce said. “It’s hard to describe her if you didn’t know her.”

“I guess I never realized how much I drew from her,” Pierce said. “It still seems so surreal. Like I have to keep reminding myself to breathe.”

Chi Alpha has organized a memorial service for Emily on Thursday at 7 p.m. in Mitchell Auditorium. It is open to all members of the USI campus and the surrounding community.