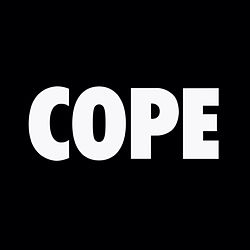 Manchester Orchestra’s latest album is loud and vastly different from anything they have done in the past.

“Cope” is full of life and sound with its blend of indie-rock guitar riffs and typical vocals from Andy Hull.

In a world currently filled with acoustic guitars and folky undertones, Manchester Orchestra has changed directions from the current trend.

If you’re looking for a tune similar to “I Can Feel a Hot One” or a toned down indie-ballad Manchester Orchestra usually puts out, you’ll have to go elsewhere because “Cope” is full steam ahead with well-crafted hooks mixed seamlessly with chunky loud instrumentals.

“Top Notch” kicks the album off perfectly, letting you know right off the bat things are different with unrelenting guitar riffs that beg you to turn your speakers up to enjoy the journey you’re about take for the next 40 minutes.

“Every Stone” is the closest to their old sound but will make your neighbors pound on your door for listening to it too loud.

There are slow sections within songs on the album, but for the most part it stays loud, which carries the energy throughout the whole record.

The lack of variation leaves you with a great rock album, but none of the tracks stand out enough on their own as truly great songs.

Like always, Hull’s lyrics help paint a picture in your head as to what he is singing about, but are detached in making logical sense – so don’t look too hard if you’re trying to find a deeper meaning.

This is the album I expected after “Mean Everything to Nothing,” which made me fall in love with them in the first place.

After the release of “Cope,” their fourth studio album, I can say they haven’t put out one bad record – all different on their own, but very similar in the elements that make Manchester Orchestra so interesting to listen to.