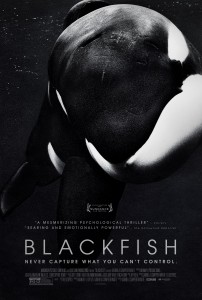 Director Gabriela Cowperthwaite came under a lot of heat for her controversial documentary “Blackfish.”

The movie documents the abusive treatment of orcas (killer whales) while in captivity.

Many orcas featured throughout the film display deeply emotional reactions such as agitation with their trainers, social exclusion from other whales and stifling grief at the loss of a calf.

Infamous bull orca Tilikum, known for the deaths of three people, becomes a major focus as Cowperthwaite delves into his terrorizing past.

As a calf, Tilikum was taken from his pod and placed at a lesser-known park “Sea Land of the Pacific,” where he performed acrobatics by day and stayed locked in a dark cage with other feisty whales by night.

After an incident where a girl died while in the clutches of two female orcas and Tilikum, the orca was transferred to Sea World, but the incident of death was not revealed to his future trainers.

Two more deaths occurred at Sea World due to Tilikum’s possible mental instability created by poor treatment. One of the deaths happened to be a seasoned trainer.

Many interviews reveal trainers feeling shame about working in ignorance with the orcas.

“Those are not your whales. Ya know, you love them, and you think, ‘I’m the one that touches them, feeds them, keeps them alive, gives them the care they need.’ They’re not your whales. They own them,” Trainer John Hargrove said in “Blackfish.”

I became saddened when “Blackfish” failed to earn an Academy Award nomination for best documentary.

An article in the LA Times states Cowperthwaite said she felt her film may have been overlooked because it “wasn’t so much a work of art as it was art doing work.”

“A lot of times the documentaries that do well have a lot of original footage, and a lot of the footage in ‘Blackfish’ is archival,” she said.

Backlash and Oscar snubs aside, “Blackfish” puts a sobering lens on animal captivity and hopefully resonates with viewers for a long time.